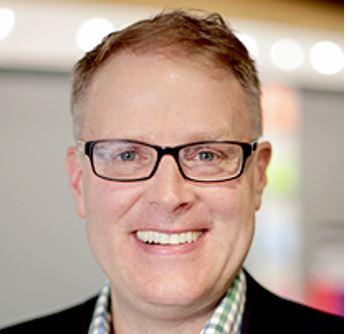 The new product, which will provide disaster recovery for Azure-based workloads, fits within a larger “cyber resilience” strategy that also includes security offerings like the software Datto officially bought this week, according to CEO Tim Weller (pictured). By Rich Freeman
Tweet

Datto is developing a business continuity solution for applications in the Microsoft Azure cloud.

The forthcoming solution, along with a threat detection offering based on technology acquired along with security vendor BitDam this week, will be prominent parts of a larger push by Datto into two of the biggest and hottest markets in managed services.

“The themes of cloud and security will be areas of focus for Datto as we deliver new solutions to our MSP partners in 2021,” said CEO Tim Weller today during an earnings conference call today covering the fourth quarter of the company’s 2020 fiscal year.

The new Azure continuity system, which will enter beta testing in the second quarter of 2021 with broader availability to follow later in the year, will include functionality for predicting capacity costs, Weller hinted, adding that users would be leery of deploying a cloud infrastructure continuity solution that lacks such a feature.

Datto already offers a cloud-based continuity solution for PCs and cloud-to-cloud backup support for data in Microsoft 365 and Google Workspace. Its new solution will provide disaster recovery for entire Azure-based workloads. That’s something Microsoft’s own Azure backup offerings can’t do, according to Weller. Even so, he continued, Datto’s product will be more of a boon to Microsoft over time than a threat to its Azure backup revenue.

“A strong Datto Azure continuity solution is likely to bring thousands of MSPs and their entire end user universe towards Azure versus other public clouds, so we think it’ll be symbiotic,” he said.

It’s also likely to help Datto add a new set of cloud service providers to its existing collection of 17,000 partners, Weller continued. “We actually think it’s a great opportunity to gain share. Azure is a big world already, and anybody that’s in there now we are not addressing.”

Adding continuity for Azure environments will also round out Datto’s existing BDR portfolio, according to Weller. “Our solutions will be hybrid cloud focused so partners get a unified user experience independent of whether their workloads are on premises, in private clouds, or in public clouds,” he said.

That will separate Datto from its competition, Weller asserted. “Where people have done Azure backup to date, they’ve generally built something very specific or they’ve done it through acquisition, and they don’t really even have a common platform.”

Weller provided further detail about the BitDam acquisition during today’s briefing. Datto, he said, was already a security vendor by virtue of helping businesses recover data encrypted in ransomware attacks and patching endpoints through its RMM solution. The company added ransomware detection and isolation functionality to Datto RMM last December as well.

Even so, Weller noted, buying BitDam takes Datto into new security territory. “While we have always been in security, this marks the beginning of us offering specific products or features that allow MSPs to grow while selling security with Datto,” he said.