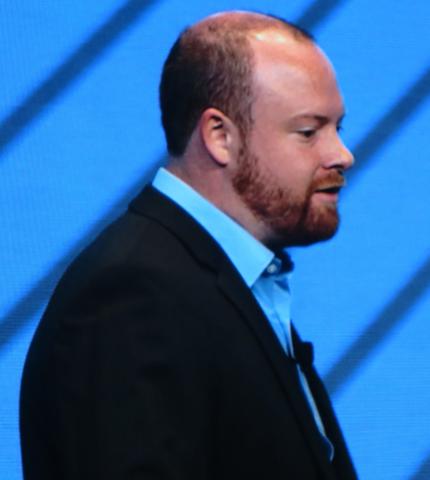 CEO Austin McChord tells attendees at the annual MSP partner gathering, the first since Datto's merger with Autotask, that the company's commitment to their success includes an open and broad portfolio, an obsessive MSP focus, and delivering groundbreaking technology. By Michael Siggins and Joel Zaidspiner
Tweet

Datto Inc. has stripped the Autotask brand from its RMM solution and unveiled multiple enhancements to its business continuity and disaster recovery offerings.

The Norwalk, Conn.-based managed services software leader made the announcements at the U.S. edition of DattoCon, the company's annual partner conference, which opened today in Austin, Texas. This year's show drew over 1,600 MSP partners from 25 countries, according to Datto, a 50 percent increase in attendance from last year’s conference, making it the largest open ecosystem MSP event in the industry.

Datto was acquired by Vista Equity Partners and simultaneously merged with Autotask last October. As a result of the Datto-Autotask merger, DattoCon18 is now combined with Autotask Community Live, and features three days of business-building strategies, peer networking opportunities, and educational sessions throughout six content tracks.

During a morning keynote session at DattoCon today, CEO Austin McChord revealed that the 6.0.0 release of Datto RMM will reach market in July. He also introduced three new capabilities that have been added to the company's BDR platform: Rapid Rollback, which provides almost instant recovery of information, especially after Microsoft Windows updates; Advanced Backup Verification, which performs system integrity checks, volume checks, verifying that all targeted data has been backed up, screens for ransomware, and also provides screenshot verification and app verification; and Universal Antivirus Detection, which enables Datto partners to pair any anti-virus solution they choose with Datto's technology.

Recent updates to the PSA include a new task UI, which features a complete overhaul to the project management experience with new task categories, timelines, checklists, and insights; and native iOS mobile application, which allows managers to view their dashboards on the go.

Datto RMM updates in the coming weeks include:

McChord stressed to the DattoCon crowd that the opportunity ahead for MSPs is “massive,” mentioning challenges SMBs are facing, such as cyberthreats and the need to rethink their IT infrastructure. Currently, he told the audience, $40 billion of IT spending runs through SMBs, and while about 50 percent of that might touch MSPs, he expects that to grow. 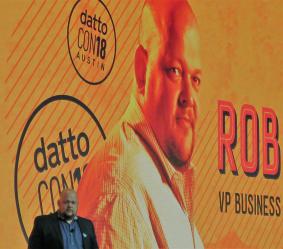 To help partners with that opportunity, McChord cited Datto’s three commitments to partners: “an open and broad portfolio, an absolutely obsessive MSP focus, and we have to deliver on groundbreaking technology.”

McChord says that the vendor has completely rebuilt the integration between its BDR products and Autotask PSA. However, he said, Datto continues to integrate with ConnectWise as well and still wants to work together.

Since the start of 2018, Datto cites several significant milestones, including:

“After an exciting end to 2017, including being acquired by Vista Equity Partners and merging with Autotask, we started off 2018 with high expectations, and we’re happy to report that we’re more than meeting them,” McChord said in a press statement issued by Datto this morning.

DattoCon18 continues through tomorrow. Keynote speakers are Sir Richard Branson, philanthropist and founder of the Virgin Group, and Robert Herjavec, entrepreneur and star of the TV show Shark Tank.

ChannelPro 5 Minute Roundup for the Week of June 29th, 2020
END_OF_DOCUMENT_TOKEN_TO_BE_REPLACED