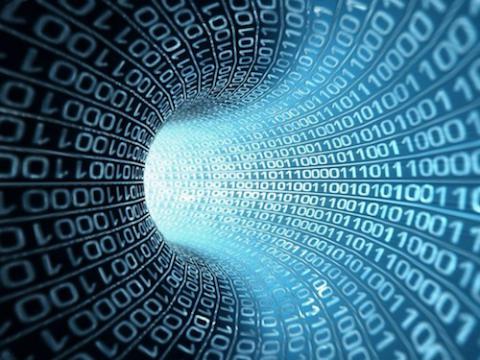 The storage-analytics company is secretive about its product, but promises that storage resellers will be “in a good position to make money with DataGravity.” By James E. Gaskin
Tweet

Don't feel bad if the name DataGravity doesn't ring a bell. In the company's own words, "DataGravity is a well-funded, emerging company led by an EqualLogic co-founder, Paula Long, along with co-founder John Joseph." But if you're a successful storage reseller, DataGravity wants to talk to you, starting at the VMware Partner Exchange in San Francisco that kicked off on February 8 and runs through February 13, 2014.

John Joseph, DataGravity's co-founder and president brings up two points for storage resellers: "First, our channel partners found EqualLogic to be lucrative, and we're going to do that again going forward. Second, we are 100 percent channel. We have never taken a deal direct."

Joseph started with EqualLogic in 2003 and stayed with the product line after Dell's acquisition in 2008 through 2011. He and Paula Long, now co-founder and CEO of DataGravity, plan to build on the earlier EqualLogic channel program.

"We want to start our program early enough to interest the right partners-maybe some of the ones who worked with us before at EqualLogic," says Joseph. "We're creating opportunities for partners selling servers and storage. If you've been selling storage successfully the last five years, you're in a good position to make a lot of money with DataGravity. We want to hit the ground running when the product becomes available." Resellers working with storage products from EMC, NetApp, and the like should be able to sell DataGravity. While the number of resellers the company hopes to attract is not set, Joseph says the company will not over-saturate a region.

Product in Stealth Mode
Of course, great reseller channels spring from great products, and DataGravity keeps a tight lid on exactly what its product is and how it works. Joseph can't reveal too many details, but promises to change the dynamics of storage technology, where storage products offer not just space but insight.

"Our product installs as a storage system, and configures as storage," says Joseph. "Then the data experience starts. We offer insights on the data inside the system and do things storage couldn't do before. Why not co-locate insight where your data is stored?"

By building analytics from business intelligence (BI) and Big Data into the storage systems directly, DataGravity hopes to establish a new storage buying criteria beyond speeds and feeds. "In broad terms, we're adding data visualization and data management technology," says Joseph. Another term he likes to use is "data-defined storage."

Big Data projects do not go through reseller channels because of the amount of software customization and integration necessary to tie together databases, add indexes, and add analytics. To ease their own installation and configuration issues, DataGravity has "lots of intellectual property in the product, protected by patents," says Joseph.

"Unstructured data is a pain point that people are struggling with, and IT can't keep up," says Joseph. "Our story becomes compelling to partners now that DataGravity offers ways to interrogate the data stored on the system. The conversation changes from the IO rate and latency and capacity to what information I can get, and BI. When storage has an intelligent layer on top of it, we might not worry about dollars per terabyte near as much as dollars per answer."

New products demand education for partners, and Joseph promises that materials for partners are being developed and certification particulars are being designed now. DataGravity will drive lead-generation programs, and the company's salespeople will be out in the field co-selling and helping partners run events.

New products demand education for users, as well, and customer training through end-user, self-paced courses are being discussed, says Joseph. There are a few early-access program customers using DataGravity products now, and lessons will be based partly on their experiences.

Many decisions remain for DataGravity's reseller channel. The product release date has not been set, nor has the price been announced, although Joseph promises "with extreme confidence" that product pricing will be competitive. Only time will tell.

Jabra PanaCast Review - Get Your Huddle On
END_OF_DOCUMENT_TOKEN_TO_BE_REPLACED