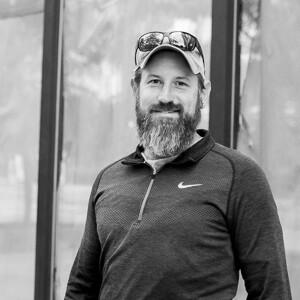 The acquisition will enable Dark Cubed to enhance its automated detection and blocking solution by leveraging Celerium’s threat intelligence expertise and other resources. By Colleen Frye
Tweet

Cybersecurity company Dark Cubed has been acquired by Celerium, a supplier of threat intelligence and threat sharing solutions for critical infrastructure organizations.

Celerium will retain the entire Dark Cubed team, with founder and CEO Vince Crisler (pictured) becoming chief strategy officer, according to Jeff Hill, chief marketing officer for Dark Cubed. Crisler, who has more than 20 years of IT and cybersecurity leadership and was a former chief information security officer of the White House, founded Dark Cubed in 2014. The value of the deal has not been disclosed.

Dark Cubed, which developed a 100% automated threat detection and blocking solution for MSPs managing firewalls for their SMB clients, and Celerium, which serves the defense, aviation, and automotive industries, and powers information-sharing organizations, including ISAOs and ISACs, have had ongoing conversations for the past several months, Hill says.

Dark Cubed had been actively fundraising, he adds, and now the acquisition will enable the company to enhance its product by leveraging Celerium’s threat intelligence expertise and other resources. “We think, number one, we can improve not only our product that we're delivering and will continue to deliver through the channel to the SMB space … but then we could take our blocking technology and our scoring engine and … move that into the enterprise space and help them move from threat intelligence sharing to actually threat intelligence, threat blocking, more proactively. So we’re really excited about those synergies.”

The details for integrations are still to be determined. “Their engineering team is already starting to collaborate with our engineering team and hopefully in a couple months we'll have a much more solidified plan,” Hill says.

Also undetermined is if Dark Cubed will continue as its own brand. “But certainly, they understand our focus in the channel and how successful we've been,” Hill says. “It's September 8th and we've already recorded a record month for new sensors or license sales. Celerium recognizes that momentum we've built and they just want to help us accelerate that.”

With the entire Dark Cubed team staying in place, it will be “business as usual” for channel partners, Hill says.