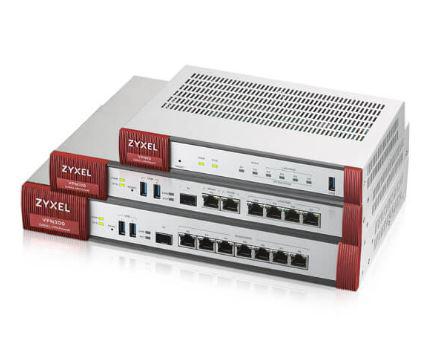 Available for as little as $149 a year, the new add-on for the networking vendor’s ZyWALL VPN firewalls (pictured) lets users run voice and video traffic across the same internet connections they use for everything else without compromising performance. By Rich Freeman
Tweet

Available immediately as an optional add-on for the family of ZyWALL VPN appliances Zyxel shipped in January, the new service is designed to shake up a hot and rapidly growing opportunity by making software-defined WAN available to small businesses for as little as $149 a year, according to Tri Nguyen, a market development and product manager at Zyxel, which has U.S. headquarters in Anaheim, Calif.

That low sticker price is one of several ways the new service brings SD-WAN functionality within financial reach of SMBs, Nguyen continues. Another is the product’s WAN optimization feature, which allows organizations with multiple internet links to route traffic dynamically on a packet by packet basis to the fastest connection. The resulting performance boost enables businesses to use one set of standard internet lines for all of their online activity, rather than buy dedicated, specialized connections for their most bandwidth-intensive workloads.

“You can use a traditional broadband connection for highly reliable communications, including voice and video, without the need for MPLS or frame relay,” according to David Soares, vice president of North American sales at Zyxel.

Zyxel’s SD-WAN solution exchanges traffic across VPN tunnels that technicians can quickly establish and configure using a new graphical cloud-based administration tool called the Zyxel Orchestrator Management Interface. Customers can also manage their VPN firewall hardware via Orchestrator, which comes with support for zero-touch provisioning among other features. According to Soares, Zyxel will eventually roll management of the new SD-WAN solution into its Nebula cloud networking and management solution.

The VPN appliances themselves are affordably priced as well, Soares says, with the VPN50 listing at $350, the VPN100 listing at $475, and the VPN300 listing at $900. The total acquisition cost for both hardware and software, he continues, compares favorably to most SD-WAN services on the market, which are scaled and priced for larger businesses.

“Some SD-WAN licenses and/or services can be very expensive, costing many times what our solution costs,” Soares says. Unlike some of those services, Nguyen adds, Zyxel’s doesn’t require users to run traffic through a multi-tenant network cloud infrastructure that they pay by the megabit to utilize.

“You can basically build your own network cloud,” he says.

Partnering Up
Is CompTIA Linux+ Worth It?
END_OF_DOCUMENT_TOKEN_TO_BE_REPLACED

Jabra PanaCast Review - Get Your Huddle On
END_OF_DOCUMENT_TOKEN_TO_BE_REPLACED