ChannelPro Exclusive: ITBOOST Takes on IT Glue in Documentation with Adoption and Migration Push 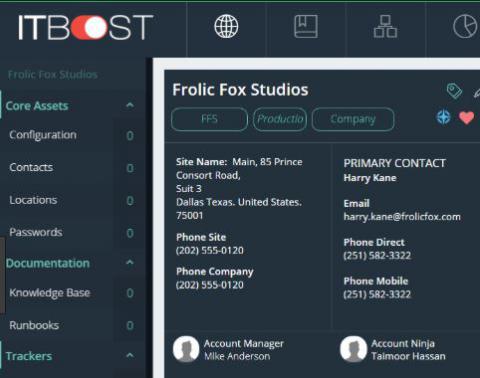 The vendor plans to use price cuts, free trial deployments, no-fee onboarding, and other measures to drive adoption of its flagship solution by both newcomers to documentation software and customers of competing vendors, including market leader IT Glue. By Rich Freeman
Tweet

The Irving, Texas-based company will formally announce the aggressive moves during the ConnectWise IT Nation Connect partner event in Orlando next week in conjunction with the release of a major update to its flagship solution. They are designed to drive adoption of ITBOOST’s software by both newcomers to documentation software and users of competing solutions, including market leader IT Glue.

Version 1.0 of ITBOOST’s product became generally available a year ago. The company has used the intervening months to verify that the system is fully equipped to meet MSP requirements, according to CEO Ali Peracha. With the release of version 3.0 next week, he continues, ITBOOST is set to begin prioritizing customer acquisition.

“We wanted to make sure that the partners have tested the product,” Peracha says. “Now that we’re ready, we’re going in full blown, head on, with our competitors.”

ITBOOST’s solution includes modules for documentation, password management, customer feedback, and business intelligence. Under the new pricing scheme, Basic tier subscriptions, which cover documentation only, run $17 per user per month. The Plus tier, which adds functionality for collecting customer feedback among other features, costs $27 per user a month. The top-tier Premium plan, which includes password management and business intelligence as well, costs $37 per user per month.

Discounted rates are available for MSPs who purchase a yearly subscription. Buyers who prepay for a year of service get steeper price cuts still.

According to Peracha, ITBOOST’s new fee structure makes it the most cost-effective solution of its kind available. “We’re offering the lowest total cost of ownership in the industry with the pricing that we’ve put in,” he says.

Also debuting with version 3.0 of ITBOOST are multiple benefits designed to make evaluating and switching to the system simpler and less expensive. Those include free 30-day trial subscriptions and free self-serve onboarding.

“[That’s] huge for these partners, because now they don’t have to put money in when they’re coming in to test the system,” Peracha says.

Onboarding assistance from ITBOOST experts, as well as technician training for the system, are now available to buyers as well on a fee-for-service basis.

To make replacing an existing documentation environment with ITBOOST simpler, the company has also introduced a new migration tool that imports documents, attachments, knowledge base articles, and other items automatically. Fee-based help with data migration is now available as well, as are integration and configuration services. Only a small portion of ITBOOST’s customer base had access to customization support in the past.

“We were doing that for a very controlled amount of customers before, but now it’s going to be available for all MSPs,” Peracha says.

Version 3.0 of ITBOOST’s software features a completely re-modeled user interface architected for easier navigation. “That helps the partners get information much faster than they did before,” Peracha says. “The faster they can resolve an issue, the happier the customer is, and the more profitable the MSP is.”