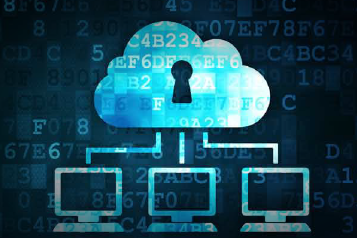 CertainSafe’s MicroTokenization provides protection of all data around the card number, increasing the amount of data to be “tokenized” from 16 bits to 2 billion bits. By ChannelPro
Tweet

CertainSafe, a global provider of secure data security solutions, has introduced 2nd Generation Tokenization, a solution that is designed to eliminate threat of data breaches by setting a new standard for securing PCI (Payment Card Industry) data around the actual payment card data.

CertainSafe’s approach, called MicroTokenization, provides tokenization of all data around the card number. It also increases the amount of data that can be “tokenized” from what was 16 bits to the new Certainsafe standard of more than 2 billion bits (2GBs-plus). This creates the ability to facilitate end-to-end encryption, securing data in rest as well as in motion. Additionally, all MicroTokenization is conducted within a PCI Level 1 DSS certified environment as well as a HIPAA-compliant protected environment.

CertainSafe’s 2nd Generation Tokenization can be integrated into a payment processor’s infrastructure, their Point of Sale (POS) systems, and a company’s infrastructure through the use of a simple API process.

Once data is “microtokenized,” all that would reside within a system would be non-sensitive data elements along with MicroTokens—or “placeholders” —that do not contain any piece of the original data. When a data breach through perimeter defenses occurs, the compromised system would not contain any piece of the sensitive data that can be exploited because it would no longer reside there.

“The concept of protecting ‘Data around the Card’ with the use of tokenization has long been needed for storing sensitive information,” says Steven Russo, executive vice president of CertainSafe. “CertainSafe’s MicroTokenization process allows for near real-time speed. The data is not only ultra-secure, but also readily accessible at near real-time performance so as to have very little impact on the user experience. CertainSafe’s 2nd Generation Tokenization takes the simple tokenization of card numbers to a whole new level.”