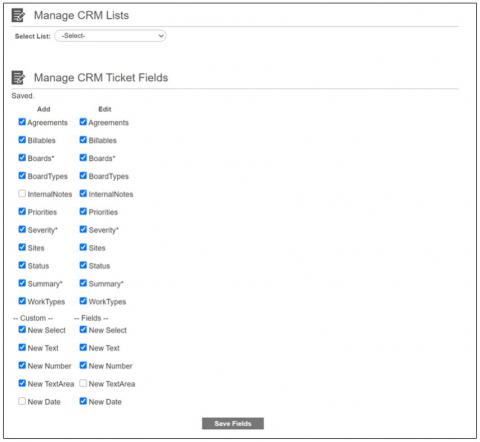 1Stream subscribers can now use the system to link their UCaaS solution with as many third-party CRM tools as they wish at no extra cost, and customize those integrations more easily on their own. By Rich Freeman
Tweet

BVoIP has updated its 1Stream offering to provide greater flexibility and enhanced functionality to MSPs who use the system to integrate their unified communications platform with a third-party CRM application.

The new features, and additional upgrades to the company’s progressive dialer solution for high-volume callers, are the latest manifestation of the vendor’s campaign to make 2020 the “year of updates” for its partners.

Chief among the CRM-related changes is the ability to integrate 1Stream with as many external ticketing tools as desired at no extra cost.

“There is no limit to the number of CRMs that you can import,” says George Bardissi, BVoIP’s CEO. “They’re now all part of the system.”

Subscribers to BVoIP’s entry-level View plan get view-only access to multiple CRMs, while subscribers at the higher-tier Engage level get full read/write privileges.

Another new feature lets administrators determine on their own which fields from their CRM solution, including custom ones, are imported into 1Stream. In the past, BVoIP partners had to file a support request to connect with custom fields. “Now they can go in and import them and present them in the system as they wish,” Bardissi says.

Several other enhancements extend the breadth and relevance of contact information displayed on 1Stream ticketing screens. The new ticket form, for example, now displays fields previously found on ticket editing forms, so users can capture more information in one place, rather than create a ticket in one form and then re-open it for further modification elsewhere.

“I can condense two or three steps into one,” Bardissi says. “I can create the ticket, immediately set my fields that I care about, start my time entry, start my notes, and I’m on my way.”

Further 1Stream updates allow subscribers to filter inactive records out of contact lists, display titles on contact forms, and assign VIP status to selected titles. The latter feature ensures an MSP’s employees are always alerted when they’re answering a call from a CEO, business owner, or other contact who should receive white glove treatment.

An additional update, for users of Datto’s Autotask PSA solution, lets a dispatcher or service desk manager assign tickets to technicians manually, rather than have 1Stream automatically assign the ticket to whoever at the help desk answered the client’s call.

Also available now are three updates for partners who subscribe to the vendor’s “power plan,” which provides access to BVoIP’s progressive dialer functionality. Introduced in July and expanded since then, that system is designed to help sales teams, fund raisers, and other organizations that regularly place large volumes of calls work their way rapidly through a preset list of names. Users can now suspend that process temporarily to look up information about a prospect before dialing their number.

“We’re offering them a pause to give them the opportunity to stop and do that work without messing up their call list,” Bardissi explains.

Companies can also accelerate call campaigns by creating notes for the system to insert automatically in call records every time a user specifies the call’s outcome, instead of typing the same things multiple times or copying and pasting identical text repeatedly. A separate update to the progressive dialer’s reporting tool lets users choose between HTML and .CSV formats, and schedule reports in advance.

As of July, BVoIP was on pace to introduce over 150 product enhancements this year.

Hybrid IT Requires the Convergence of Security and Networking
Educated and Edgy: Why Tech Thrives on the U.S. East Coast
END_OF_DOCUMENT_TOKEN_TO_BE_REPLACED

Jabra PanaCast Review - Get Your Huddle On
END_OF_DOCUMENT_TOKEN_TO_BE_REPLACED