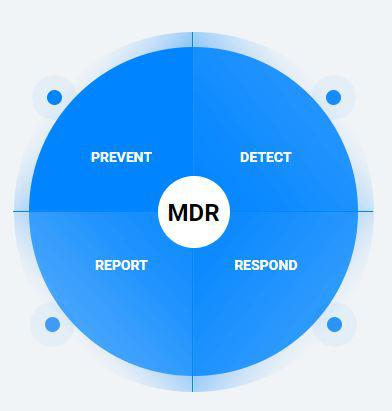 The new offering, which supplements the vendor’s GravityZone and other security solutions, is designed to help MSPs manage a never-ending torrent of alerts more effectively by offloading some of that task to an experienced third-party. By Rich Freeman
Tweet

Bitdefender has introduced a managed detection and response (MDR) service that combines solutions from its security portfolio with outsourced incident response assistance.

The new offering, which began a phased rollout this week, is designed to help MSPs manage a never-ending torrent of alerts more effectively by offloading some of that task to a skilled third-party.

“They need experienced security analysts to really help them investigate those alerts and be efficient in responding to incidents,” says Alina Draganescu, senior director of security for managed service providers at Bitdefender.

“This is not only reactive service provisioning,” Draganescu notes.

There are two subscription options. One, called “expert advice,” suggests mitigation steps after attacks that users can implement themselves. Aimed at larger organizations with some degree of security know-how, the service leaves MSPs in complete control of customer infrastructures.

“The MSP can actually fully manage their end customer environment while the Bitdefender MDR team provides curated recommendations for the MSP to take during a potential customer incident,” Draganescu says.

The other option, called “expert response” and targeted at smaller MSPs with less in-house expertise, includes outsourced remediation support. “[It] gives the Bitdefender MDR team the ability to perform real-time changes in the customer environment when security incidents are identified,” Draganescu says. Those actions are limited to a specific set of interventions approved by the MSP in advance.

According to Draganescu, MSPs can employ MDR services from Bitdefender to reinforce and extend the protection they offer customers. “Some of them are not really able to provide 24 x 7 capabilities, but on the other hand their end customers expect 24/7 protection,” she notes.

At a time when MSPs themselves are increasingly under attack from cybercriminals, subscribers can also use the service to better defend their own environment. “We can provide the MDR services for the MSPs themselves,” Draganescu notes.

LG Gram for Business 17 (2020): Big Reasons to Like It
END_OF_DOCUMENT_TOKEN_TO_BE_REPLACED