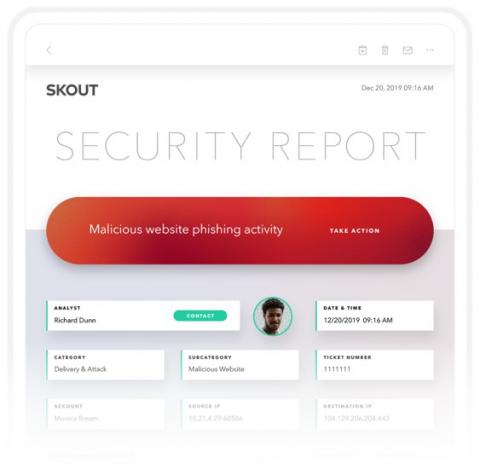 Barracuda Networks has integrated its SKOUT Managed XDR service with both its Barracuda Email Protection offering and SentinelOne’s EDR solution.

Barracuda Email Protection, an email security system for Microsoft 365 officially introduced under that name last month, now supplements native capabilities in SKOUT Managed XDR with email gateway functionality and safeguards against email impersonation and domain fraud. It is also now one of many systems feeding real-time threat information for analysis and correlation to the SKOUT service.

“All those alerts, all those feeds, all that telemetry is getting sent to the XDR, and the SOC is watching it,” says Neal Bradbury, a senior vice president with Barracuda’s MSP division. “When something happens—hopefully it doesn’t, but we all know in today’s world it does—they can alert the MSP directly in a very fast fashion.”

SentinelOne’s software now supplies telemetry to SKOUT Managed XDR too. Though SKOUT has an endpoint protection product of its own, Bradbury notes, SentinelOne is widely used and respected among MSPs.

“The idea here is just to give more options to partners so they have flexibility of choice,” he says.

Barracuda bought SKOUT last July in a bid to enter the burgeoning XDR market. Barracuda Email Protection is the first of its products the company has integrated with SKOUT’s service since then. Additional, unspecified integrations are currently in development, Bradbury says.

Barracuda plans to link its managed XDR solution to products from third-party vendors other than SentinelOne as well, Bradbury says. “We want to be able to bring in as many as we can. It just makes [the solution] more aware and allows you to correlate a lot more events.”

The purchasing agreement with SentinelOne lets MSPs include SentinelOne’s EDR solution when configuring, pricing, and buying SKOUT Managed XDR subscriptions, rather than source and pay for the software separately.

The popularity of SentinelOne software has led other makers of managed service solutions to forge alliances with the company. The EDR solution N-able introduced in 2019, for example, is based on SentinelOne’s platform, as is the endpoint protection component of ConnectWise’s Fortify security suite. ConnectWise has been selling SentinelOne software as a stand-alone system too since last July.

In addition, SentinelOne’s solution is one of many endpoint protection products natively detected by Datto RMM. Kaseya’s RocketCyber managed SOC service added integration with SentinelOne in 2020.

ChannelPro 5 Minute Roundup for the Week of January 23rd, 2023
END_OF_DOCUMENT_TOKEN_TO_BE_REPLACED