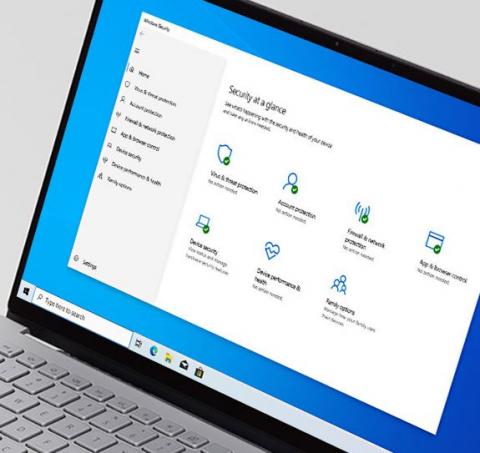 The Microsoft Defender functionality lets technicians set and adjust security policies for multiple endpoints centrally from within their RMM interface. It augments similar, existing support for antivirus software from Avast.

“[We’re] trying to provide additional flexibility for our MSPs and accommodate their antivirus options,” says Chris Crellin, senior director for product management at Barracuda MSP, which oversees Barracuda’s MSP-oriented products. “Defender is sort of our first step along that path.”

According to Crellin, Barracuda plans to equip its RMM system with “generic” integration functionality that will let MSPs connect the solution to a wider range of antivirus products in the future.

Microsoft Defender, which was named Windows Defender until 2019, has scored highly in effectiveness tests staged by independent organizations. AV-Comparatives, for example, called the system 99.8% effective late last year, and AV-TEST Institute gave it a perfect 6.0 score in evaluations held roughly the same time.

Partly for that reason, Crellin says, and partly because Microsoft Defender is shipped for free with Windows 10, MSPs are making steadily increased use of the product. “There’s been significant uptake,” Crellin says.

In response to that same trend, Huntress added a managed antivirus service for Microsoft Defender to its portfolio this January. Managed SOC vendor RocketCyber, which has been part of Kaseya since February, added a similar offering in 2019.

The new Barracuda RMM release includes several new capabilities for users of Intronis Backup, Barracuda’s data protection solution for MSPs. “We’ve added new alerts for backups that potentially failed for whatever reason, added a new missing backup report, and made some other small UI changes that help the MSP correlate what’s going on in the RMM with what’s going on in Intronis Backup,” Crellin says.

Patch management changes in version 12.4 are designed to improve usability and scalability, and to give technicians more granular control over policies, especially with respect to third-party patching. Users can also now manually patch outdated applications on command.

“We’ve added a button that basically allows you to patch that particular system immediately instead of having to wait for whenever the next scheduled patch update is,” Crellin explains.

Users can also now embed site, device, and alert configuration names within alert email subject lines, a feature that Crellin says helps accelerate the triage process. A new agent for devices running MacOS significantly expands monitoring and management capabilities for Mac endpoints. “It’s very similar to what we have on the Windows side,” says Crellin, minus a few features like managed print support.

Barracuda RMM also now integrates for the first time with ticketing software from ServiceNow, a product that bigger MSPs are deploying in mounting numbers, according to Crellin. “We’re seeing an uptick in the larger end of the market,” he says.