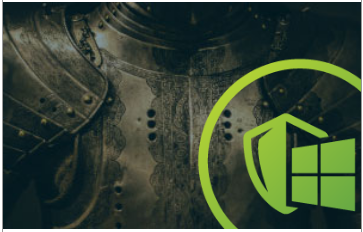 Called Defender Manager, the multi-tenant system is designed to help MSPs administer Microsoft’s next generation anti-virus and advanced threat protection solution for an entire fleet of devices through a single pane of glass. By ChannelPro
Tweet

“In 2019, over 73% of small-medium businesses (SMBs) have experienced an intrusion, breach, or ransomware. These threats are evolving and becoming more serious by the minute,” said Carl Banzhof, RocketCyber’s CEO, in a press statement. “By releasing Defender Manager, MSPs can now detect, respond, and prevent advanced threats that historically evaded traditional preventative solutions such as firewalls and anti-virus for all customers under a single multi-tenant console.”

By adding Defender Manager to its family of mix-and-match “RocketApps,” RocketCyber hopes to define a new standard for the MSP security stack. Combining Windows Defender’s antimalware and anti-ransomware capabilities with RocketCyber’s threat monitoring capabilities, the company says, enables MSPs to protect their customers confidently from a range of attacks at a compelling price point.

RocketCyber, which officially unveiled its threat monitoring platform at last year’s ConnectWise IT Nation Connect conference in Orlando, offers the solution to MSPs under both software-as-a-service and managed-security-as-a-service models. The company introduced a free live threat map solution in January.

The Road to Success Is Paved with Service
END_OF_DOCUMENT_TOKEN_TO_BE_REPLACED

Jabra PanaCast Review - Get Your Huddle On
END_OF_DOCUMENT_TOKEN_TO_BE_REPLACED