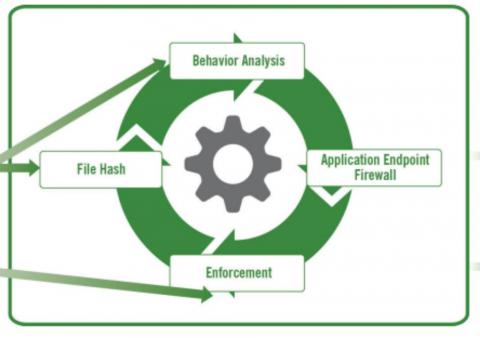 Under an alliance announced yesterday, Atera customers can now deploy Webroot software on client devices with a single click and receive automated alerts through their RMM console. By Rich Freeman
Tweet

Protection for Macs is available too without the one-click installation and notification features. Users can additionally safeguard mobile devices running the Android and iOS operating systems via Webroot’s SecureAnywhere Business Mobile Protection offering.

Atera, whose North American headquarters are in New York City, will bill customers who choose to utilize Webroot software an extra $1.20 a month per client device. MSPs who already have a monthly subscription to Broomfield, Colo.-based Webroot’s endpoint protection software, however, can take advantage of the new service free of additional charge. There are no long-term commitments attached to the offer either way, so users can cancel any time they choose without penalty.

“With the increased threat of ransomware attacks, we are adding another critical layer of protection for MSPs and their customers,” said Atera CEO Gil Pekelman in a press statement. “This new partnership will help MSPs simplify and streamline their security offerings to end customers, while increasing their operating margins.”

Atera’s decision to partner with Webroot on security comes at a time when other managed service vendors are adding new features to their portfolios via in-house development and outside acquisitions. Earlier this week, for example, Autotask Corp., of East Greenbush, N.Y., unveiled a new backup solution based on software it inherited in July 2015 when it purchased file sync and share vendor Soonr.

The Road to Success Is Paved with Service
END_OF_DOCUMENT_TOKEN_TO_BE_REPLACED

Jabra PanaCast Review - Get Your Huddle On
END_OF_DOCUMENT_TOKEN_TO_BE_REPLACED