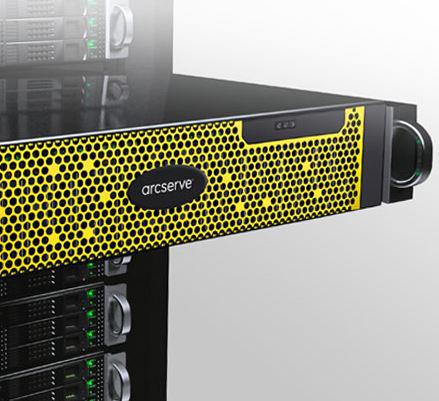 Aimed at midsize businesses, the company’s new 9000 Series devices are designed to combine on-appliance BDR functionality, offsite replication, and optional high availability in a single package that channel pros can install and configure in as little as 15 minutes. By Rich Freeman
Tweet

Data protection vendor Arcserve LLC has introduced an enhanced generation of its BDR appliances designed to provide the horsepower midsize businesses need to spin up large volumes of physical and virtual machines locally during scheduled or unplanned downtime.

“We built these to be robust enough that in the case of a DR incident, the customer can actually take a VM or a backup of a VM, one of our recovery points, and spin it up as a VM on the appliance,” says Mark Johnson, Arcserve’s director of presales.

The new systems support VMware, Microsoft, and Citrix hypervisors, among others. “It doesn’t really matter where that VM originated from,” Johnson notes.

9000 Series devices come in sizes ranging from a 1U model with a single, eight-core Intel Xeon processor and 12 TB of effective storage to a 2U model with dual 10-core Intel Xeon chips and 504 TB of disk space. That’s more than enough capacity, according to Johnson, for mid-market businesses, which typically have 30 virtual machines at most.

“We actually have one running in a test environment right now with 39 VMs on it,” says Johnson of the new appliances. End users can employ the device’s excess capacity for testing purposes, he notes, to verify that backup devices will run as planned when needed.

Like earlier Arcserve solutions, the 9000 Series comes with built-in deduplication technology offering up to a 20:1 compression ratio. “We’ve seen anywhere from 2 or 3 to 1 all the way up to customers who are having 92, 93 percent total reduction in the amount of disk space they need to protect their source data,” Johnson says.

Users can archive protected workloads to both private and public clouds, including Arcserve’s cloud and the Amazon Web Services, Microsoft Azure, and Rackspace platforms. “That allows them to keep typically years of data up in the cloud versus 90 to 180 days of data on an appliance,” Johnson notes.

Optional high-availability functionality enables businesses to spin up especially critical VMs in as little as a few seconds. Onsite support plans, which are also optional, offer either one-day or four-hour response times.

By combining on-appliance BDR functionality, offsite replication, and high availability in a single package that channel pros can install and configure in as little as 15 minutes, the 9000 Series provides a simple, comprehensive, cost-effective answer to midsize business data protection needs, according to Sue Fossnes, Arcserve’s director of channel programs.

“It will really help them to fill a market need and presents a great revenue opportunity for them,” she says. “They’ll be able to reduce customer cost and reduce complexity for their customers, all while making money themselves on the sale of the units as well as whatever services they want to layer on top of this.”

It’s a “sticky” solution as well that promotes long-term customer relationships, she adds. “Once it’s in and it’s working, it’ll be there for a while,” Fossnes states.