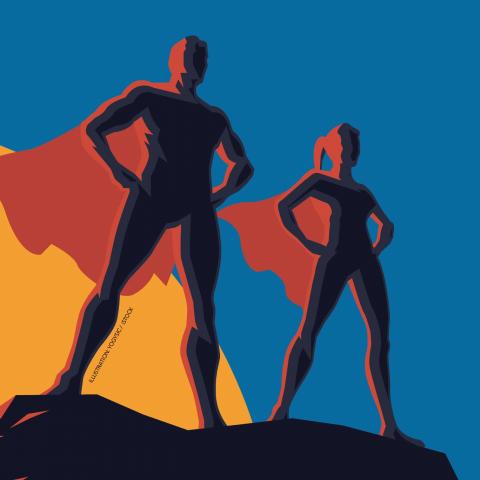 According to managed services expert Paul Dippell, cold, hard data shows that top-performing providers have five key traits in common. By Rich Freeman
Tweet
Reader ROI:
THE MOST PROFITABLE MSPS are also the most operationally mature, according to Paul Dippell’s Service Leadership Index.
MATURE MSPS have a concrete value creation strategy, specialized client base, standardized solutions, and unified toolset.
THEY ALSO SELL 100% of what they offer to 100% of their customers, usually right from the get-go, and charge for assessments.

OVER THE COURSE of his career, Paul Dippell has built four successful IT businesses, and each time he faced the same dilemma. He knew his companies were doing well. He wanted to know how well, though, in relation to his peers, and there was no reliable means of answering that question.

“We found that it was hard to get data to compare our performance to the best in class,” Dippell recalls.

Eventually, he decided to do something about it. In 2001, he founded Service Leadership, a consultancy for IT providers owned since February by ConnectWise. And in 2006, he introduced the Service Leadership Index, a pool of anonymized financial and head-count data updated quarterly by thousands of MSPs around the globe eager to know how they stack up against industry norms.

Fifteen years later, it’s arguably the deepest, longest running, most detailed performance benchmark for MSPs in existence, and it reveals just how big the divide is between ordinary providers and great ones. Since 2008, in fact, MSPs in the index’s top quartile have a 2.4x bigger profit percentage than the median MSP.

“That’s a huge amount of cash flow that you could use to reinvest in the business,” Dippell observes.

The inevitable question, though, is what do best-in-class MSPs have in common that puts them in the top quartile? Dippell has spent years studying the matter, and concluded that the key variable separating the top 25% of IT providers from the bottom 25% is what he calls their Operational Maturity Level (OML), a 1-5 ranking system in which high scorers grow faster and make more than low scorers.

A seemingly small difference in OML, Dippell notes, can have an outsized impact on results. Indeed, top-quartile MSPs, who have a 3.8 OML on average, raised profits 40% over the last eight quarters. Bottom-quartile providers, who have a 2.8 OML, saw profit dollars shrink by 1% in the same period.

According to Dippell, high-maturity MSPs share 39 characteristics. These five, however, loom especially large:

1. They have a specific value creation strategy

Low-OML MSPs figure they’re doing fine so long as they’re increasing revenue and profit every year. High-OML firms, by contrast, have a regularly updated roadmap for exactly how big they want to grow the business, how they’ll do it, and how long the process will take.

2. They sell to a targeted set of customers

Market yourself only to businesses within a defined size range, like mature MSPs do, and you increase efficiency by decreasing the number of solutions and services you deliver. Market yourself to anyone with money to spend and a pulse, on the other hand, and you end up needing more people with more skills to support a wider variety of technologies.

LG Gram for Business 17 (2020): Big Reasons to Like It
END_OF_DOCUMENT_TOKEN_TO_BE_REPLACED