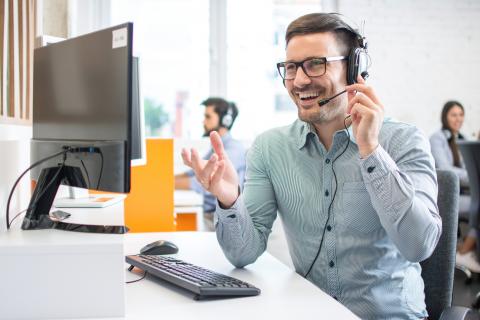 IS YOUR TICKET MANAGEMENT SYSTEM the foundation of support efficiency, or a battleground where techs claim the easiest jobs to boost completion rates? Do difficult assignments fall between the cracks and grow whiskers? Poor ticket management not only leads to unhappy customers but can delay invoicing and your ability to get paid, so it’s crucial to optimize your system.

Several scenarios can cause ticketing inefficiency and disruption. "First is a surge, like everybody working from home all of a sudden” because of the pandemic, says Rex Frank, CEO of Sea-Level Operations, an MSP coaching consultancy. “The second is a leadership team that allows clients to treat engineers badly." Engineers, he notes, are worth more than any one client. Third is failure to match ticket assignments to bandwidth. If dispatchers assign 15 tickets to a tech who can only clear 10 that day, for instance, it will lead to a churning effect where tickets are placed back into the system and allowed to get older, Frank says.

Smaller MSPs in particular can struggle with ticket management “because staff is pulled in many different directions," says Dave Wilkeson, CEO of MSP Advisor in Akron, Ohio. He recommends decreasing the number of “hats” employees wear to allow them to focus, and having fewer metrics per tech. This removes excuses about why a ticket isn't resolved, he says.

Another strategy is to bring on a dispatcher or service manager. Frank uses a formula to determine when efficiency improvements will cover the cost. "With four engineers, self-dispatch is most efficient, but with five, centralized dispatch becomes more efficient."

A service coordinator also triages tickets. At SunPoint IT, tickets are triaged according to a mix of issues, including whether the affected user is a VIP or a new client in the 30-day "maximum effort" stage (when you're proving your worth), if their own techs caused the outage, and more.

Assigning tickets based on impact (effect on business workflow) and urgency (how many people are inconvenienced) is another way to triage but can be difficult to gauge if you don’t fully understand the customer’s business, Frank notes. "Make a chart with high-impact, high-urgency issues as Category One," he says, adding that he always bumps up decision makers at the client one level of priority, because they sign the invoices and can find a new vendor.

ChannelPro 5 Minute Roundup for the Week of August 8th, 2022
END_OF_DOCUMENT_TOKEN_TO_BE_REPLACED