ICYMI: Our Channel News Roundup for the Week of September 2nd 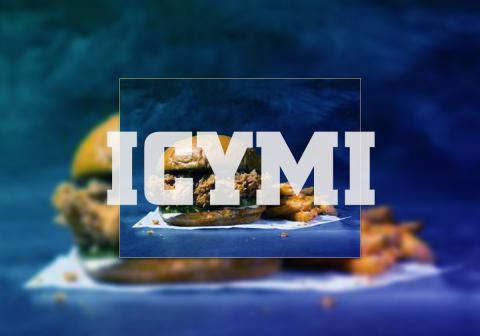 The hardware haul from IFA 2019, Microsoft’s move into cloud migration, and a case of someone taking the latest fast food craze a little too seriously are among the stories we really should have told you about earlier this week. By James E. Gaskin
Tweet

The NFL season started last night as two long-time rivals, the Green Bay Packers and the Chicago Bears, squared off (Packers 10, Bears 3). All 30 other NFL teams start their march to the Super Bowl on Sunday, each one convinced they just need a little luck to hoist that trophy. And we just need a little bit of catch-up for all the newsbits that ran by this week. 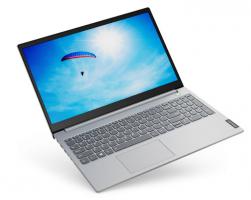 IFA 2019 news. Lenovo revved up its line of ThinkBook laptops for SMB users who want everything for not much money. Thinner and lighter yes, along with faster thanks to 10th Gen Intel Core processors and SSDs and DDR4 memory etc. Cool bit? The Smart Power Button includes a fingerprint reader so your customers can power on and authenticate quickly and easily.

ASUS rolled out new members of its ProArt product line aimed at creators. The ProArt StudioBook One includes NVIDIA Quadro RTX 6000 graphics (may be the first on the market) and includes 9th Gen Intel Core i9 processors. The 4K UHD Pantone Validated display boasts a 120 Hz refresh rate. There’s also the ProArt StudioBook Pro X, and ProArt Station D940MX, and ProArt Display PA32UCG, and you get the idea.

Mobile gamers may be more excited by the Acer Predator Triton 300 gaming notebook, including a 300 Hz display option. If you prefer to sit and game, Acer’s new Predator Thronos Air Gaming Chair will be shipping in America in time for Christmas. Maybe load up three of Acer’s new Nitro XV3 series monitors with NVIDIA G-SYNC and up to 240 Hz frame rates. 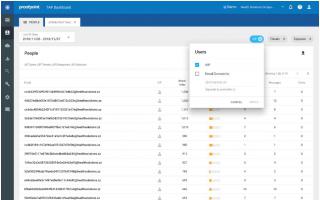 Security—let’s be safe out there. Proofpoint jazzed up all product lines with people-centric security and compliance innovations such as Profpoint Targeted Attack Protection (TAP) Dashboard (pictured) for reports on which people and departments gets targeted most, and TAP threat intelligence. Add in Proofpoint Email Data Loss Prevention (DLP) that can expand to Cloud DLP. Can it stop “reply all” mistakes? If so, we’re in.

Users of the Cynet 360 platform for MSPs can add CyOps, the company’s outsourced incident response team, for free.

Serving as the foundation for all the company’s managed security services, the Trustwave Fusion platform will help businesses as they embrace digital transformation. 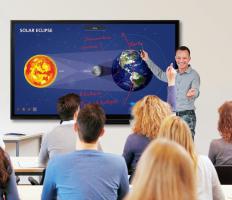 Non-security product news. Hate to pay full price to store files you rarely touch? AWS dropped a bunch of prices, including up to a 92 percent reduction for EFS Infrequent Access with lifecycle management.

Speaking of the cloud, Microsoft bought Movere, a maker of technology for migrating applications and infrastructure to Microsoft Azure.

Connect to your customers in new and better ways with the B2B Search & Merchandising Connector for Salesforce Commerce Cloud from Bloomreach. Now on the Salesforce AppExchange.

ServiceNow announced general availability for its Now Platform New York release that makes almost any everyday work task easier to do. Any hope for stopping long-winded managers from boring us in meetings?

Speaking of managers in meetings, the new Sharp 4K Ultra HD interactive AQUOS BOARD whiteboard (pictured) has three new models. Now your exec’s genius will be clearly visible on screens up to 86 inches, then digitized.

Get in better touch with your computer using the new Logitech MX Master 3 and MX Keys, a precision mouse with an all-new MagSpeed Scroll Wheel and a new tactile but low-profile keyboard. 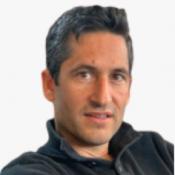 CloudJumper rolled out the red carpet for Richard Helms, who takes over as director of the managed services division.

Arrow Electronics expanded its deal with Red Hat to include distribution across the North American market, rather than just the public sector space there.

SYNNEX will bring Clevertouch’s interactive displays to the U.S. IT channel for customers in the K-12 and higher education markets.

Kaseya’s “2019 State of IT Operations for Small and Midsize Businesses” survey got input from over 400 global respondents. Not surprisingly, security remains the top priority for SMBs for the third year in a row. Pain point: patch management, even though only 42% automate patch management or plan to. That’s why only 42% apply critical patches within 30 days. Almost a third admitted to a security breach in the last five years. Coincidence? Cloud-based systems continue to make headway among backup and disaster recovery solutions, although only 29% of SMBs backup their SaaS data. Sadly, IT maturity in SMBs has not improved over the past three years, leaving many in constant fire-fighting mode.

Tired of dealing with millennials? Good news! Your new workers are Gen Z kids. Nintex released a new study about them called “The Gen Z Effect on the U.S. Workplace”. First, they face record levels of student loan debt. Unlike Millennials, Gen Z employees plan to stick around, with 71% percent planning to stay in their first jobs for two years or more. Company leaders believe them, or at least 59% do. The young’uns also want in-person check-ins with their managers, and they like that weekly. And their tech expertise is rubbing off, at least in the 80% of companies that have adopted a new technology or tool suggested by a Gen Zer. Top priorities when they look for an employer? Company culture, values, and potential for career growth.

From smart kids to smarter systems: IDC updated its Worldwide Artificial Intelligence Systems Spending Guide. AI spending will reach $97.9 billion in 2023, more than two and a half times the $37.5 billion to be spent in 2019. One calculator session later, that translates into a CAGR of 28.4%. Retail and banking will lead the spending. Retail will roll out more automated customer service agents and banks will automate intelligence and prevention systems for fraud analysis and detection. The U.S. will lead with more than 50% of all AI spending, followed by Western Europe and then China. 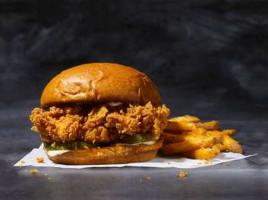 Hands up, after you make my sandwich. Anyone miss the craziness over Popeye’s hot new chicken sandwich? It’s weird out there. In Houston, three men and two women didn’t take it well when told the sandwiches were sold out by the drive-thru attendant. One of the men pulled out a gun, sending all the employees scrambling to the back of the restaurant. The workers were able to lock the doors so the angry, gun-toting, chicken-starved gang couldn’t get inside.

Of course, employees cowering in the back behind shelves of bread can’t make a sandwich. The chicken-crazed folks, estimated ages from 17 to 20, drove off in an SUV with a woman in the driver’s seat. One report says there was a baby in the SUV.

No injuries were reported. No intelligence was reported, either.