ICYMI: Our Channel News Roundup for the Week of September 18th 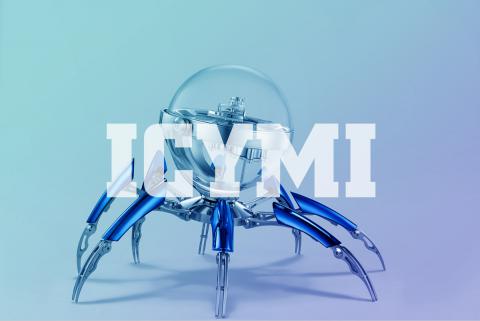 Seems like big dogs doing big speeches dominated the news this week, leaving us to wag the dog with a few missed news missives. By James E. Gaskin
Tweet

It’s been a fun week now that school is in full swing. Kids around Lake Tahoe got their wishes granted for a snow day already, on the last official day of summer. That’s sure to make for some interesting discussions as millions of amateur climatologists politely discuss global temperature changes and who to blame.

Billionaires Bill Gates and Mark Zuckerberg are smiling into TV cameras for various PR reasons. Let’s start with some big deals and wheels and then check in on Notorious Bill G. and his crew.

Big wheels and big deals. Say “buh-bye” to long-time Cisco head John Chambers, who announced he will no longer be on the board of directors after his term ends in December. He started as CEO in January 1995 and stepped down from that post on July 26, 2015. Few rode the internet growth wave better than the Notorious John C. and his Cisco gang.

Remember those wonderful Google phones that appeared after Larry and Sergey gobbled Motorola? Neither do we. Act II starts now as HTC takes over Motorola’s role in the Google Phone Savior Saga.

Oracle’s Biggest Big Wheel, Larry Ellison, announced Bring Your Own License to PaaS and Universal Credits will go into effect on September 25.

Talk to Kensington about its new Keyed Cable Lock for Microsoft Surface Pro if you want to keep your portable computer tied down.

Intel floated the Nervana DevCloud, a hardware and software platform for developers and the like. Smells like Xeon spirit to us.

Salesforce promised that the upcoming version of Sales Cloud Einstein will bring AI to “every step of the sales cycle.” Fuzzy white wigs are optional.

Speaking of cloud storage, Dropbox launched DBX Platform, a suite of APIs and other developer tools to help companies increase coordination and integrate better with tools like Autodesk and Microsoft Outlook.

Last but not least:

Not all news is about products. Intel Corp. welcomed Andrew Wilson of Electronic Arts, to be its 12th board member.

How to waste $36,000 and creep out your co-workers. Believe it or not, analog clocks are still a thing, even table varieties. Z’Epee 1839, a very old high-end clock maker gone all modern, has worked with avant-garde watchmakers MB&F for years. Newest extravagance: the Octopod, described as a biomechanical, articulated-limbed, bubble-headed timepiece shout out to the noble octopus. If that doesn’t trigger enough anxiety, try their aptly named Arachnophobia, a clock in the shape of a spider.

Unfortunately, the articulated limbs of the Octopod and Arachnophobia don’t provide mobility, just positioning. Next we need to take one of these time-telling artwork sculptures to a Maker’s Faire and get those legs moving. How about a step forward every hour? Would that be creepy enough? What could be a better conference room centerpiece?