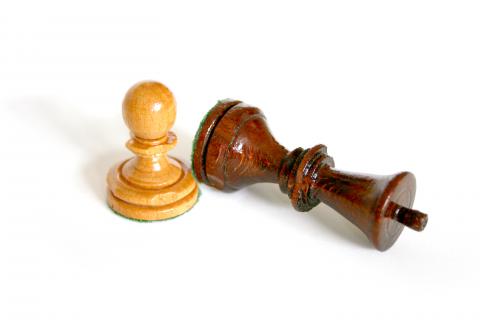 MSPs scaling up to compete with a rising class of giant MSPs have multiple options. Here are four of the most promising. By Rich Freeman
Tweet
Reader ROI:
CHANNEL PROS LOOKING TO COMPETE with regional and national MSPs by scaling their business have several options.
ADDING CUSTOMERS ORGANICALLY takes longer than buying them through an acquisition but tends to cost less in the long run.
OUTSOURCING help desk, SOC, and other functions to third-party specialists can help a smaller MSP look big without being big.
SO TOO CAN JOINING FORCES with communities, co-ops, and master MSPs.

SEVERAL YEARS AGO, when Cirrus Technologies, of Ohio’s Dayton/Cincinnati region, was still very young, it found itself competing with a far larger IT provider for a client who wanted to verify that both firms could meet its needs by visiting their headquarters. That seemingly simple request posed a problem for Cirrus CEO Chris Traxler, however, because in those days his tiny firm operated out of his house.

Traxler’s response was to explain to the prospect that he was part of an end-to-end service provider called The 20 with locations across the country and an HQ in Plano, Texas.

“I did offer that they could come down to Dallas and see it, but they declined, and they ended up signing an agreement with us,” Traxler recalls. “We had more breadth and depth and capability than that local company did, even though they had a nice, impressive office in downtown Cincinnati.”

In reality, however, The 20 isn’t a giant MSP. It’s a collection of smaller, independently owned businesses that seem giant because they share common tools and processes, plus a 24/7 help desk and security operations center. Traxler, who has customers in 16 states but just five employees, became a member because he knew he’d need to cast a long shadow to outmatch a new wave of MSPs with regional and even national footprints that was then just emerging but is now gaining traction with substantial help from private equity funding.

“The industry, I think, is consolidating more, and if you’re a small MSP and living on an island in your market, and you don’t have the tools and skills and knowledge and resource and breadth and depth that your bigger competitors do, you’re going to be left in the dust,” Traxler says.

Go big, in other words, or go home.

There are other answers to the rise of big-time MSPs, of course, from selling your business and exiting the industry to going deep on a niche market or vertical industry. But channel pros who choose to scale up in response have several options for doing so. As Traxler’s story illustrates, moreover, only some of them involve becoming big. Others simply require you to look big.

The most familiar way to get big, if getting big is your goal, is to grow revenue, and the MSPs who do it fastest keep their sales pipeline continually filled with fresh prospects. Indeed, Traxler invests heavily in lead generation all year long. “We’ve been very aggressive on consistent outbound marketing and inbound marketing,” he says.

Pursuing larger, rather than simply more, customers can be just as effective. David Stinner, for example, is increasingly targeting midsize businesses rather than just small ones. “I’ve been moving up the ranks in who I’m prospecting to versus two and three years ago,” says Stinner, who is president of US itek, an MSP and system builder in Tonawanda, N.Y.

COVID-19, he adds, has made that strategy even more potent. The economic tailspin set off by the pandemic has left some midmarket companies turning to shrunken IT departments with little knowledge of remote management to support small armies of work-from-home employees.

“I didn’t really have much of a chance to go into a 100-, 200-, 300-seat network before,” Stinner says. “Now I’ve had a whole bunch of those in my sales funnel during COVID because of people who are doing lousy IT.”

ChannelPro Weekly Podcast: Episode #235 - Greetings from the New Hampshire Chamber of Commerce
8 Best Hacking Training Courses to Boost your IT Career
10 Things You May Have Missed at ChannelCon 2022
END_OF_DOCUMENT_TOKEN_TO_BE_REPLACED