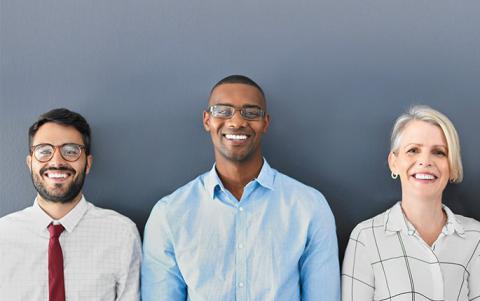 FEW OF US have attended a face-to-face tech conference, IT community gathering, or peer group meeting lately, but most of us have fresh memories of them. Look around the room in your mind’s eye. Notice anything about the people you see? Chances are they bear a strong resemblance to one another—and perhaps to you as well.

Since its earliest days, in fact, one fundamental truth has defined the IT industry’s demographics. “It’s been predominantly—and that’s like in capital letters—the domain of white males,” says Carolyn April, senior director of industry analysis at IT membership organization CompTIA.

It remains so, too. According to the most authoritative data available on the topic, from the federal government’s Equal Employment Opportunity Commission, 68.5% of U.S. high-tech employees were white as of 2017 and 64% were male. By contrast, 7.4% were African-American, 8% were Hispanic, and 36% were female. Those figures trail well behind the private sector as a whole, which was 14.4% African-American, 13.9% Hispanic, and 48% female three years ago.

The story behind those numbers is a complex one. Understanding it, however, is where change for an industry badly in need of it must begin.

Fundamentally, the issues responsible for IT’s lack of diversity fall into two buckets, which an economist might categorize as demand side and supply side. Demand-side problems concern the tendency among tech employers to fill open positions with yet more white males rather than women and people of color.

Some of the reasons behind that tendency, many observers stress, are understandable. For one thing, IT providers who serve SMBs are typically busy SMBs themselves with less time and money to invest in diversity efforts than giant organizations like Microsoft and Google, and no HR department to spearhead such initiatives. “They’re just trying to make payroll and keep the lights on,” April notes.

The smallest IT firms face an even steeper challenge, adds Tom Hopcroft, president and CEO of Mass Technology Leadership Council, an industry association dedicated to building an inclusive tech ecosystem in Massachusetts. Diversifying any company is hard, he says. “If it’s kind of like a mom-and-pop IT consultancy, where it’s kind of a family business, it may be a little bit harder.”

ChannelPro 5 Minute Roundup for the Week of July 26th, 2021
END_OF_DOCUMENT_TOKEN_TO_BE_REPLACED

Jabra PanaCast Review - Get Your Huddle On
END_OF_DOCUMENT_TOKEN_TO_BE_REPLACED