Are Cloud Vendors Cutting Out the Channel? 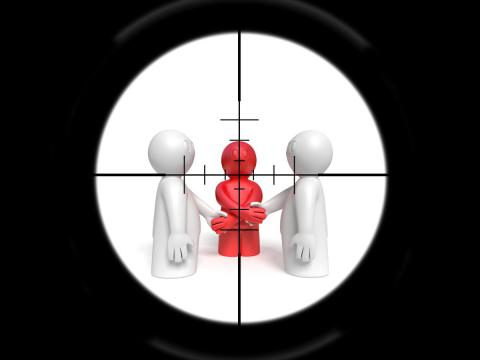 As infrastructure and software vendors offer direct services via the cloud, channel partners are feeling the squeeze. How do you fight back? By Samuel Greengard
Tweet

Over the past few years, cloud computing has emerged as a viable way to confront a wide array of IT challenges, ranging from managing infrastructure and resources to managing data within enterprise applications. However, the technology is also radically altering the landscape for channel firms. It's no secret that a growing number of vendors-including the likes of Microsoft, IBM, HP, Oracle, Dell, Salesforce.com, and Symantec-are taking the direct route to businesses and consumers by offering their products and solutions through the cloud.

"Most service providers sit in the middle of the ecosystem and the nature of capitalism is for vendors to go direct to their customers when it makes economic sense." Joshua Liberman, president, Net Sciences Inc.

For channel partners, this emerging business model is nothing short of disruptive and it's rapidly changing the stakes. "There is a hollowing out of the middle of the field," observes Joshua Liberman, president of Net Sciences Inc., an Albuquerque, N.M., consulting and IT integration services firm that is a gold partner with Intel and Microsoft. "The reality is that most service providers sit in the middle of the ecosystem and the nature of capitalism is for vendors to go direct to their customers when it makes economic sense."

How can channel providers navigate this new frontier of direct services? How can a VAR or MSP stay relevant within a business model that encourages customers to purchase direct? And, in reality, how big of a threat are cloud providers selling to customers directly? There are no simple answers, and how channel pros approach the cloud depends to some degree on their specific situation. However, one thing is clear: Business as usual is no longer adequate. "Increasingly, customers want to have a direct relationship with the business providing the product or service," explains Tiffani Bova, vice president and distinguished analyst for Gartner Inc.

Clouds Drift into the Mainstream
After years of bubbling just beneath the surface of business and IT, cloud services have taken off in a major way. The self-service model associated with cloud computing, particularly for email and other software applications, appeals to a growing number of businesses, including those looking to lower capital expenditures and reduce increasingly complex IT tasks such as maintenance, patches, and security. Cloud computing can also boost an organization's agility and flexibility. Employees can access applications, content, and data anywhere and at any time with virtually any device.

Of course, cloud services take on different forms, including infrastructure as a service (IaaS), platform as a service (PaaS), software as a service (SaaS), and hybrid models that include connected services and software. Cloud adoption is on the uptick. About 60 percent of SMBs currently rely on some type of cloud service, and nearly three-quarters are virtualizing their servers, according to the report State of SMB IT by the research arm of Spiceworks Inc. "Customers are far more comfortable with information technology and leveraging cloud services then they were a decade ago," Bova explains.

Many channel firms haven't waded into the cloud computing space in a significant way, however. Although SMB research firm Techaisle reports that 64 percent of solution providers offered some form of cloud service in 2013 and predicts that figure will jump to 86 percent in 2014, widespread adoption appears to be lagging. Only about 20 percent of gross revenues for VARs and MSPs are currently derived from these services.

The situation is leading to discord and conflict. For instance, at the 2013 Microsoft Worldwide Partner Conference, Chief Operating Officer Kevin Turner complained that only 3 percent of the company's channel network was actively selling its cloud services, including flagship products such as Azure and Office 365. "If the channel can't or won't package and sell cloud services and provide value along the way, then vendors will bypass the channel," Liberman says.

In fact, Liberman goes so far as to state that channel pros who fail to adapt put their businesses at risk. "Those who learn to surf the wave have a much better chance of succeeding then those who fight it until there's nothing left to fight," he says. The key is to understand how to be strategic in the cloud arena and how to deploy the right migration and integration tools.

This may include software that automates migrations, such as SkyKick, Metalogix, MetaVis, Migration Wiz, and Quest in the Office 365 arena. Regardless of the specific approach, "It's critical to help customers understand the technical and financial realities of moving to the cloud, and help them integrate clouds into existing systems and resources," says Liberman, who points out that many business owners-particularly at SMBs with limited IT staff and resources-have misconceptions about costs, performance, and other factors.

Larry Walsh, president and CEO of research and consulting firm 2112 Group, says that the channel must embrace an entirely new and different business model. "The challenge isn't around technology, although it has clearly changed from PCs, servers, and packaged software. It takes a different set of skills as well as different technical and business acumen to support clouds." Unfortunately, many channel pros are lacking in this area. "They view this as a problem and so they are slow to capitalize on the opportunities."

Making Clouds Compute
Interchannel competition and jostling aren't new. As Walsh puts it: "We have always seen a good deal of conflict between vendors and their partners." The reality is that the Internet has only accelerated the trend, enabling companies from a wide swath of industries to cut out inefficiencies, including the middleman. Yet, at the same time, many channel pros aren't pleased with the fees and low margins associated with reselling services and software in the cloud. In addition, VARs and MSPs face growing vendor restrictions for cloud products and services. "There are ongoing complaints among channel firms about the lack of profitability," Walsh says.

But low margins and increased restrictions aren't likely to disappear. Within this environment, building a more robust and profitable business model requires a deeper understanding of market dynamics and a fresh look at the channel space. The first step, Walsh says, is to stop resisting the change. "Companies like Microsoft have been pushing the channel to change and it hasn't responded. The thing that channel executives fail to recognize is that most of their clients lack the technical acumen to handle a migration efficiently. They require assistance in deploying, configuring, and supporting these services."

Bova points out that many IT consumers are now "front-office buyers" from departments such as sales, marketing, finance, and human resources. "They are controlling an increasing percentage of the spend related to IT services, and particularly surrounding cloud products and services," she says. "A lot of channel partners take a traditional IT-centric view and, as a result, miss a significant opportunity by focusing only on the same buyers they have always worked with." In fact, she says that as much as 40 percent of IT budgets are now controlled by business units that are looking to leverage technology in new and innovative ways.

The result? Many channel partners have become locked into a system that keeps them reliant on margins, incentives, market development funds (MDF), co-op dollars, deal registration, lead distribution, and other marketing methods, notes Bova. Not surprisingly, many of these firms face considerable challenges when attempting to adapt to a cloud-based model, and employees sometimes undermine efforts to make changes that might not directly benefit them or their fiefdoms. At the heart of the problem: "Many channel companies aren't the keepers of their own destiny and they look for too much help from their vendor partners versus defining their own path to future success," Bova says.

To break out of the mold, channel pros must find a way to evolve beyond a transactional model and provide strategic expertise, Liberman says. This can mean tackling the initial migration to the cloud but also middleware requirements, app development and integration, mobile technologies, and security. He believes that channel firms may need to realign staff, create new departments or services offerings, or establish a separate consulting division or business that can "take an entirely agnostic stance" and focus on building the internal knowledge and expertise required to navigate clouds and integrate them into existing IT platforms. Ultimately, he says, channel pros must be viewed as trusted partners that can step in when email fails or a DNS stops working correctly.

Liberman also says it's crucial for channel pros to develop broader partnerships, including those with so-called "born in the cloud" providers (software providers that can bypass the conventional channel). In most cases, this means moving beyond basic service agreements that provide minimal value for clients and customers.

There's a need for greater knowledge and additional training. "The goal is to put co-branding to work and build relationships that provide better support and improved responsiveness for clients and customers," Liberman explains. In addition, he believes it's wise to ratchet up capabilities and hedge risk by forging a larger number of partnerships with a broader portfolio of offerings. Smaller VARs and MSPs-with a smaller staff and less overall expertise-must pay particularly close attention to the changing landscape.

In the end, Bova says that channel firms must recognize a changing world. They must find a way to see what their customers need and add value. "If you're a VAR today, you really have three choices about how to address the marketplace. You can continue what you're doing and make sure you're really strong in a particular vertical or industry. You can create an entirely new division or subsidiary within your existing business and focus on new and complementary delivery and consumption models. Or you can build the appropriate exit strategy, divest from existing business, and double down on a cloud-first strategy."

The common denominator? "The changes we have seen in IT over the past decade aren't slowing down any time soon," Bova concludes. "They are an ongoing part of the picture, and VARs and MSPs must learn to deal with the situation."

Nearly Half of Customers Rate MSPs’ State of Modernization as ‘Meh’
October 27th, 2021