2021 State of the Channel: Bruised but Roaring Back 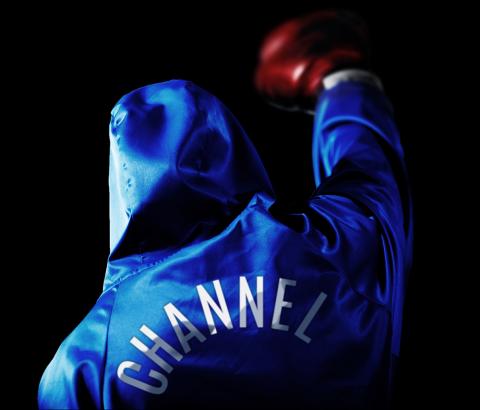 Results from our latest reader survey suggest that 2020, while hard, could have been far worse, and that 2021, while uncertain, looks way more promising. By Rich Freeman
Tweet
Reader ROI:
THE CORONAVIRUS PANDEMIC and resulting economic slowdown did real harm to the channel’s revenue and profits.
THAT HARM WAS NOT AS SEVERE as some feared, however, and many channel pros actually gained financial ground last year.
WITH THE FUTURE BRIGHTER but still uncertain, about half of channel pros expect higher revenue and profits in 2021.
MANY ARE AVOIDING WAGE increases and hiring, though, just in case.
THANKS TO WORK-FROM-HOME COMPUTING, cloud computing and security were both breakout markets in 2020 with growing margins.

SAY ONE THING FOR 2020, it sure was filled with surprises.

Most channel pros entered the year with momentum at their back and high hopes for the future. Then came a global public health crisis, cascading stay-at-home orders, mounting small business closures, and an abrupt contraction in technology spending. Those were in turn followed by recovering GDP figures and the arrival of vaccines on the one hand, and political turmoil plus an agonizing year-end spike in coronavirus casualties on the other. As we sent this issue of ChannelPro to press, the future, while far brighter than last spring, remains hard to predict.

Welcome to a State of the Channel report unlike any before it, in which we compare data collected last summer and fall in what already feels like a different era to research conducted a year earlier in heady pre-pandemic times, as well as interim polling from last April when fear, uncertainty, and doubt were at their peak.

The analysis that follows very much reflects the last year’s ups and downs, but ultimately tells a tale worthy of relief and even gratitude: Though our readers suffered real damage when the virus arrived and the economy shut down, most of them came through the darkest days of 2020 less wounded than many once feared, and some even thrived. They entered 2021, as a result, with an understandably wary but nonetheless real sense of optimism.

Down but Coming Back 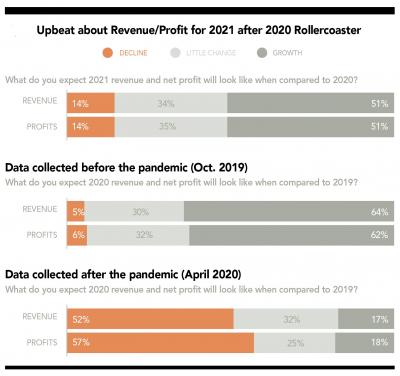 They were right to be concerned too. Fully 48% of respondents to this year’s survey say revenue was somewhat lower in 2020 due to the coronavirus and another 22% say it was much lower. Furthermore, 63% say revenue is still a little or well behind where it was before the pandemic.

The services our readers offer were less profitable in 2020 too, even in critical fields. For example, the portion of readers who called margins on BDR, security services, and networking average or low in last year’s survey stood at 56%, 56%, and 66%, respectively. In this year’s study, those numbers rose to 61%, 63%, and 74%.

Vital markets for remote work weren’t spared from profit erosion either. While 36% of readers called margins on videoconferencing average or low in last year’s survey, 50% say the same in the new one. And while global sales of desktops, notebooks, and workstations jumped 13.1% in 2020, according to IDC, as businesses rolled out new and improved hardware to home-based employees, fully 71% of respondents to this year’s study call PC margins average or low, versus 59% a year earlier.