The 20 Won’t Be an IT Company for Long 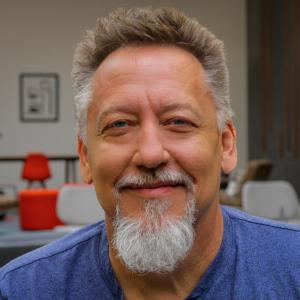 The managed service collective wants to become a platform that gets big bucks from a private equity buyer instead, and it’s poised for large strides in that direction next year. By Rich Freeman
Tweet
Reader ROI:
THE 20 IS EVOLVING from its roots into a consolidated managed services platform ripe for a big-ticket PE acquisition.
AN EMPHASIS on operational standardization and sales growth will be two big parts of that process in 2022.
THE FIRST STEPS toward a rollup of the company’s most successful members into a single corporate entity is set to begin soon.

IT’S A GOOD TIME to be an MSP. It’s a really good time, though, to be a big MSP, according to Tim Conkle, CEO of MSP collective The 20.

“The market is incredible,” he says. “Any IT company out there that is good and not growing has a leadership problem or a vision problem.”

Indeed, the global managed services market will be worth a projected $243.33 billion this year and climb at a 12.6% CAGR through 2028 to over $557 billion, according to Fortune Business Insights. That has private equity firms, which are currently sitting on some $2.3 trillion worth of uninvested capital, according to S&P Global Market Intelligence, snapping up MSPs left and right.

“Even a shitty IT company can sell for a decent multiple right now, because there’s so much demand for it,” Conkle observes.

A good IT company, though, can sell for a better than decent multiple and a good, big IT company can sell for an incredible multiple. “I used to talk about a 10x multiple,” Conkle says of The 20. “I think we’ll go somewhere between 17 and 25.”

That milestone is now about five years away, Conkle estimates, and has a big “if” attached to it. The 20 will become the $1 billion MSP he believes it’s destined to be if it grows beyond its roots as a scrappy collection of mostly smaller MSPs banding together to leverage economies of scale.

“We have to become a platform. Not an IT company, but a platform,” Conkle says.

What’s the distinction? An IT company, even one with a national footprint like The 20, typically has inconsistent processes and unpredictable growth. From a PE investor’s perspective, cleaning that up after an acquisition is an expensive, disruptive process that takes time and alienates customers. A platform arrives with a proven, uniform operating model already in place, along with big-time earnings that rise rapidly and consistently every year.

Today, Conkle says, The 20 is an IT company. In 2022, it plans to take big steps toward becoming a platform.

Step one will be the launch of a giant sales and marketing campaign aimed at producing the kind of EBITDA figures that get a private equity firm’s attention. Not that The 20’s financials aren’t already healthy, Conkle emphasizes.

A year ago, with that goal already in mind, Conkle was talking about calling every business in the U.S. and Canada that fits its target demographic. That’s roughly 17 million organizations, and The 20 is now pulling them into its freshly deployed sales and marketing automation system about 100,000 at a time. Most of those companies already have an MSP, and Conkle intends to use his pricing power, 24/7 help desk and SOC, and other big-player resources to displace a lot of them.