The 20 Is Going for Growth 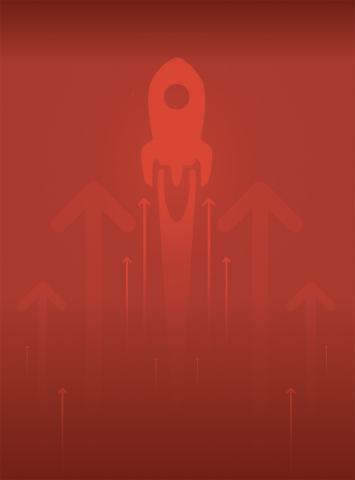 BIG MSPS ARE BUYING UP smaller ones. Deep-pocketed private equity firms are eagerly getting into the managed services market. And Tim Conkle, CEO of managed services co-op The 20, is starting—just starting—to think about getting out.

Formed in 2014, The 20 is a collection of MSPs who share a standardized set of tools, processes, and service offerings, plus jointly owned 24/7 network and security operations centers, all of which are designed to let members enjoy the reach and efficiencies of a big firm while remaining independently owned.

Conkle plans to expand the group’s roughly 180 members to 500 and turn each of them into $5 to $10 million companies along the way. If he pulls it off, The 20 as a whole will be a $2.5 to $5 billion managed services behemoth that even a typical private equity buyer might have trouble digesting alone.

“We may be too big at that point for one to buy us,” Conkle observes.

A whole lot more needs to happen before that day arrives, however. The coming year is when the process starts in earnest, according to Conkle. “We’re now going to go into a new phase, and that’s a growth phase,” he says.

Though establishing a coast-to-coast footprint has been priority one for The 20 to this point, Conkle considers the bulk of that work done now. “We’ve got all the major cities,” he says.

The new mission is helping members add millions to their top line, and Conkle has a two-pronged plan for accomplishing it. The first part is in-depth mentoring. Members billing less than $1 million a year currently will be assigned to a “growth group” where they’ll master the sales, operational, and other techniques used by mature members of The 20 to scale up. Mark Elliott, formerly head of a $10 million MSP in Houston and now The 20’s chief revenue officer, will lead that program.

More established members will participate in a “CEO circle” led by Conkle himself. “I’m going to take them to the $5 million-plus mark,” he says.

The “aggressive, aggressive, aggressive” marketing effort Conkle will use to get them there is the second element of The 20’s new growth strategy. “We’re going to call every single company that fits our demographic in the U.S. and Canada,” Conkle says. That, he pointedly adds, very much includes the companies ChannelPro readers serve at present.

“Your clients are going to most likely talk to us,” Conkle notes. “We’re going to become the de facto competition everywhere in our footprint.”

The message his team delivers on sales calls will be a variation of the pitch many MSPs use themselves when telling potential customers they’re better off hiring a 10-person outsider than relying on one internal IT employee. “I’m going to say, ‘Hey, why in the world would you ever go with a 10-man company when you can go with 1,100 employees based all over the U.S.,” Conkle explains. “That’s their own words being used against them.”

Kaseya Acquires ConnectBooster
Oct 13: Your RMM Is Your Most Important Security Tool – 5 Tips To Reduce Risk and Grow MRR
END_OF_DOCUMENT_TOKEN_TO_BE_REPLACED