Veeam Sees Promise in the Coronavirus-Fueled Shift to Cloud Computing 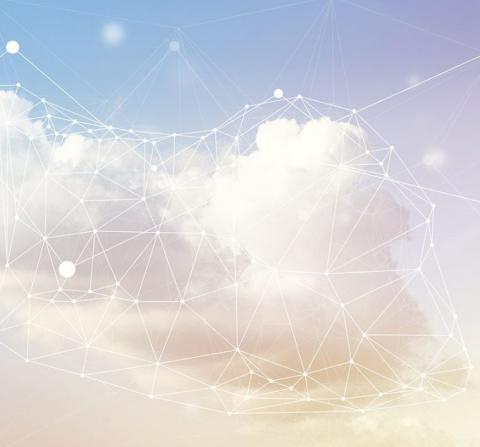 The data protection vendor’s new owner, private equity firm Insight Partners, is making investments aimed at capitalizing on that opportunity too, according to company leaders. By Rich Freeman
Tweet

COVID-19 has forced businesses with shuttered offices and work-from-home employees to speed up their once gradual embrace of cloud computing. For many of them, the results have been disruptive and disorienting. For data protection vendor Veeam, it’s been a small silver lining to an otherwise terrible global health crisis.

“We’ve been doing very well, and I would attribute that to the fact that we were focused on this cloud model even before the pandemic hit,” says Danny Allan, Veeam’s CTO.

Indeed, in a process the company often refers to as “act two” of its corporate evolution, Veeam has been transitioning since at least 2019 from its initial focus on virtual machine backup toward grander ambitions to lead the market for hybrid cloud backup and availability. Along the way, it’s rolled out a steady stream of new products like the updated Amazon Web Services backup solution it unveiled this week at its VeeamON partner conference, and the even more popular Backup for Microsoft Office 365 system, which has been downloaded by 120,000 organizations with some 12 million mailboxes to date.

It’s also racked up some pretty impressive sales figures. Last year, Veeam recorded over $1 billion in bookings for the first time, and in the first fiscal quarter of 2020, which concluded in March, it saw annual recurring revenue jump 21% year over year.

March, of course, is when the novel coronavirus now plaguing the planet began hitting global economies hard. Yet while conditions have been challenging for everyone, they’ve had less impact to date on Veeam, according to Kevin Rooney, the vendor’s vice president of Americas channel sales.

“We delivered on a really solid Q1,” he says. “We anticipate finishing here with a very strong Q2.”

Surging adoption of Microsoft Teams will be partly responsible for those results, should they materialize. Already Veeam’s fastest-growing product ever, Backup for Microsoft Office 365, which protects Teams data, is selling even faster now.

“Our Office 365 product has accelerated even more quickly over the last three months than we’ve ever seen before,” Rooney says. “We’re adding hundreds of opportunities each and every week just in North America.”

Veeam’s acquisition this January by private equity firm Insight Partners, in a deal valued at approximately $5 billion, is helping Veeam capitalize on booming cloud demand even more effectively, he continues. Channel pros often worry about cutbacks when a vendor they like is bought by outside investors, especially in the midst of a severe recession.

“That’s been the absolute opposite approach that Insight has taken,” Rooney says. “They’re looking for areas to invest.”

Channel pros have benefitted from those investments already, he adds, in the form of new sales incentive programs. Allan has yet to experience budget cuts on the product side of the company either.

“The investment continues to move forward, if not at the same pace then potentially even more aggressively, because Insight sees the potential for opportunity in the cloud data management space.”

It sees great potential in North America too, Rooney adds. A Swiss company originally, Veeam established itself in Europe first before crossing the Atlantic. Insight sees plenty of room for growth still in the Americas as a result, says Rooney, who adds that partners need only look to the pending relocation of Veeam’s headquarters to the U.S. for evidence.

Jabra PanaCast Review - Get Your Huddle On
END_OF_DOCUMENT_TOKEN_TO_BE_REPLACED