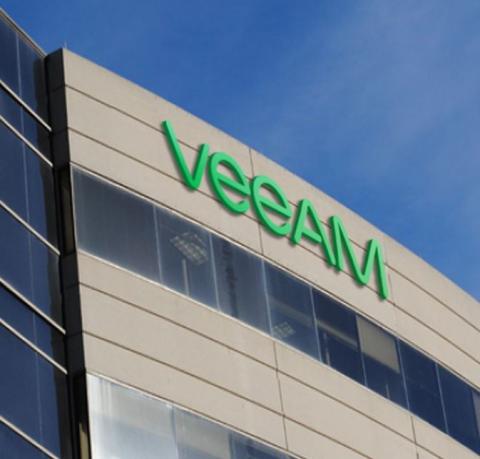 The blockbuster deal, which is the latest in a wave of private equity investments involving leading vendors, is valued at approximately $5 billion. By Rich Freeman
Tweet

In connection with the deal, which is expected to close in the first quarter of the year, William Largent, formerly Veeam’s executive vice president of operations, has been named the company’s CEO in place of Veeam founder Andrei Baronov. Both Baronov and co-founder Ratmir Timashev will step down from the vendor’s board of directors. Danny Allan, who was previously vice president of product strategy, is now the company’s CTO.

Presently based in Baar, Switzerland, Veeam will become a U.S. company following completion of its acquisition.

“Veeam has enjoyed rapid global growth over the last decade and we see tremendous opportunity for future growth, particularly in the U.S. market. With the acquisition, we are excited that our current U.S. workforce of more than 1,200 will be expanded and strengthened to acquire and support more customers,” said Largent in prepared remarks. “Veeam has one of the highest caliber global workforces of any technology company, and we believe this acquisition will allow us to scale our team and technology at an unrivaled pace.”

Insight invested $500 million in Veeam almost exactly one year ago. Since then, its business strategy and “ScaleUp” division, Insight Onsight, has worked with Veeam to drive adoption of its rapidly growing portfolio. Outright acquisition by Insight, Veeam believes, will help it accelerate the “second act” of its corporate evolution, in which it will expand beyond its roots in virtual machine backup to pursue global leadership in hybrid cloud data management. The company’s first act began with its founding in 2006.

“In a world where a business’s most valuable asset, its data, is constantly on the move and being created at unprecedented rates, data management has never been more critical, and more complex. Legacy solutions cannot keep up. Veeam’s software provides holistic coverage for the modern business,” Allan said in a press statement. “While Veeam’s preeminence in the data management space, currently supporting 81% of the Fortune 500, is undeniable, this commitment from Insight Partners and deeper access to its unmatched business strategy and ScaleUp division, Insight Onsite, will bring Veeam’s solutions to more businesses across the globe.”

Veeam, which has over 365,000 customers globally and sells 100 percent through the channel, became the latest name on the relatively short list of software companies with $1 billion or more in annual bookings last May. Its most recent quarterly financial statement included a 24% year-over-year increase in recurring revenue as well as a 108% year-over-year leap in sales of its subscription-priced Veeam Universal License offering.

Veeam’s backup solution for Microsoft Office 365, which debuted in 2016 and is now the fastest growing product in company history, chalked up 113% revenue growth in that same period. Veeam expects to double sales of that system this year to $100 million.

ChannelPro 5 Minute Roundup for the Week of June 7th, 2021
What Can Businesses Do to Fill the Cybersecurity Talent Shortage?
How to Study for CompTIA Cloud+
END_OF_DOCUMENT_TOKEN_TO_BE_REPLACED

Jabra PanaCast Review - Get Your Huddle On
END_OF_DOCUMENT_TOKEN_TO_BE_REPLACED