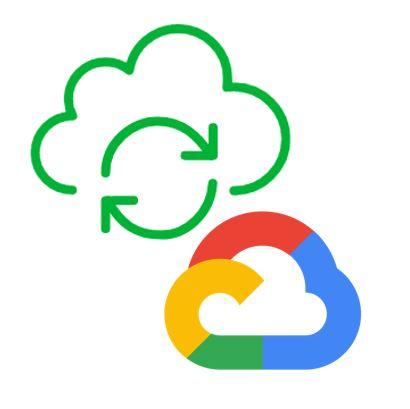 “We’ve always had a vision to have data protection for the three major leading hyperscale public clouds,” says Danny Allan, Veeam’s CTO and senior vice president of product strategy. “This is completing our journey.”

Sold through the Google Cloud Marketplace (as soon as Google officially lists the product there, which it’s expected to do as soon as today), Veeam Backup for Google Cloud’s Platform draws on native integration with Google APIs to protect any Google Cloud Platform infrastructure workload.

Users can deploy the system in minutes, Veeam says, using a web-based interface and then quickly schedule policy-based automated snapshots with a flexible range of both comprehensive and file-level recovery options.

Security features in the solution include role-based access controls with multifactor authentication and the ability to isolate backup data from production data by storing snapshots in separate accounts and regions.

The system includes built-in support for hybrid environments combining onsite and online resources as well. “You can connect it with your on-premises deployment and move the backups on premises,” says Allan, noting that many businesses need to move backups out of a public cloud to meet regulatory compliance requirements.

A free version of the new system offers protection for up to 10 Google cloud workloads, with unlimited restore options and basic support.

Users can buy a “bring your own license” version of the system as well utilizing the same Veeam Universal Licenses (VULs) they employ to pay for other Veeam products. In addition to enabling centralized monitoring, centralized reporting, and multi-cloud management through Veeam Backup & Replication, a VUL allows businesses to relocate protected workloads from one cloud, physical, or virtual environment to another without buying anything new.

Pricing for the new system is based on per-instance model for each virtual machine or other asset being protected.

Functionality in the initial release of Veeam Backup for Google Cloud’s Platform is a down payment on what the company ultimately plans to offer through the system. Deeper integration with Google’s back end and bi-directional controls will arrive in the second edition. The third release will add support for a variety of settings and capabilities unique to Google.

Veeam’s AWS and Azure products followed a similar roadmap, Allan says. Without citing specific launch dates, Allan said partners can look to the release cadence for those other offerings to estimate when version 3.0 of the new solution is likely to reach market. The third edition of Backup for AWS, for example, shipped last December, six months after the second edition and one year after the first.

ICYMI: Our Channel News Roundup for the Week of January 23rd, 2023
END_OF_DOCUMENT_TOKEN_TO_BE_REPLACED