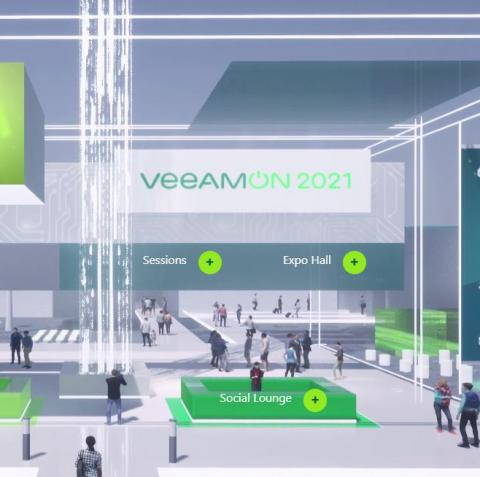 The data protection vendor showcased that change, along with other recent and forthcoming updates, at its VeeamON partner event, which took place online this week.

The next edition of Veeam Backup for Microsoft Office 365, the company disclosed this week, will include cloud archiving support as well, along with a new self-serve portal designed to let end users recover data without IT assistance.

The latest enhancements to Veeam’s family of cloud data protection offerings arrive amid surging migration of backup data from on-premises systems to as-a-service platforms. Indeed, Veeam users moved some 242 petabytes of data into AWS, Azure, and Google Cloud Platform in 2020, and over 100 petabytes more in the first quarter of 2021 alone.

Danny Allan, Veeam’s CTO and senior vice president of product strategy, points to lockdowns and facility closures in response to the coronavirus pandemic as a major contributor to that trend. “People were no longer going into the data center and managing physical systems,” he says.

Veeam showcased updates to Kasten K10, its backup offering for containerized workloads, at VeeamON this week as well. Among other things, the new features let users relocate backups to and from its other solutions. Allan characterizes that change as a down payment on longer-term plans to add support for K10 to its consolidated administration interface.

“If you look at what we’ve done with the cloud products, version 1 was a data integration and then version 2, the next release, was a management integration,” he says.

Veeam bought Kasten for $150 million last October to prepare itself for mainstream adoption of the Kubernetes container platform in coming years. “We’re now going through the next big decade of transformation, and we believe that it’s based on containers,” said Allan during a VeeamON keynote this week.

For now, he subsequently added in a conversation with ChannelPro, few smaller businesses utilize containers. “Kubernetes is almost exclusively in very large enterprises. We see very little of it in the SMB,” Allan says. That will change, he predicts, by the end of the decade. “I do believe the whole industry is moving towards a more containerized model.”

Other upgrades previewed at VeeamON this week include new support for the Red Hat Virtualization hypervisor in Veeam’s core platform, which currently supports VMware vSphere, Microsoft Hyper-V, and Nutanix Acropolis.

According to Allan, Veeam developers have turned out 17 product releases just in the months since the company’s Veeam Live conference last October. “This is the fastest pace of delivery in Veeam’s history, and those products span the breadth of virtual and physical and cloud and Kubernetes,” he says. “We’ve been very busy, and we have no intent of slowing down.”

LG Gram for Business 17 (2020): Big Reasons to Like It
END_OF_DOCUMENT_TOKEN_TO_BE_REPLACED