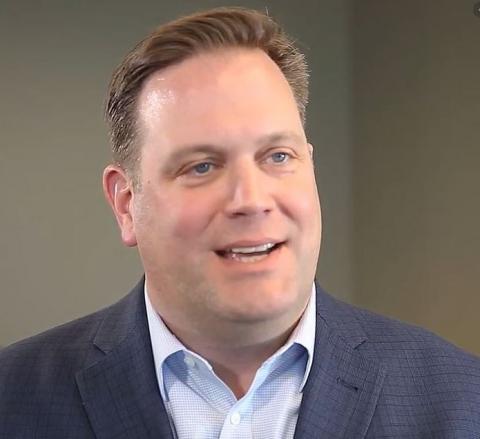 Rolled out in March alongside higher deal registration discounts, the changes are designed to minimize the cost of switching from perpetual licensing to “everything as a service”, according to North American Channel Chief Kevin Rooney (pictured). By Rich Freeman
Tweet

Veeam, the channel-only data protection vendor, has modified its renewal pricing and partner incentives for the age of everything as a service.

Rooney, who spoke with ChannelPro during the annual VeeamON partner event this week, notes that subscriptions now account for more than half of revenue in North America, exceeding perpetual license fees. That’s way up from as recently as early 2020, when the share of revenue from subscriptions stood at roughly 25%. Rooney credits expectations set among end users by public cloud solutions and consumer services for that spike.

“I always tell our team, ‘you don’t sign up to a lifetime Netflix subscription,’” he says. “Our customers want that flexibility as well.”

Unlike perpetual SKUs, moreover, subscription plans employ Veeam Universal Licenses (VULs), which buyers can transfer to the cloud, move back on premises, and shift between virtual or physical hosts without penalty. “You have complete portability,” Rooney notes.

In the past, perpetual license owners interested in enjoying that flexibility had to buy an entirely new subscription license. In one of a series of changes rolled out on March 1st, however, Veeam now allows them to purchase VULs for the same substantially lower amount they would otherwise pay to renew their current deployment’s maintenance contract.

“There’s no cost inhibitor for them to make the move,” Rooney observes.

There’s also no reason for partners to resist the move toward subscription pricing, he continues, because Veeam continues to award them the same discount they would have made selling subscriptions at full price.

“We treat it the same as a new license sale,” Rooney explains, adding that margins are typically three to four times higher on subscription sales than on maintenance renewals.

To ensure that former perpetual licensees extend subscriptions when their term expires, Veeam has also expanded its customer success team and tasked it with helping partners keep subscription users satisfied.

Another change in effect since March rewards partners for registering deals by paying them upwards of 14 incremental points of margin on top of their standard discount. “We want our partners to get the benefit of the fact that they’ve brought us opportunities,” Rooney says.

An additional financial incentive rolled out in March pays partners backend rebates on deals transacted through Cisco, Hewlett Packard Enterprise, and Lenovo that include hardware equipped with pre-installed Veeam software. Veeam has been collaborating with OEMs on such offerings since 2016.

All of the compensation changes introduced this year are designed to preserve sales momentum Veeam has maintained despite the economic impact of the coronavirus pandemic. The company recorded over $1 billion of bookings in its 2020 fiscal year, which concluded in January, as well as a 22% year-over-year increase in annual recurring revenue.

The Road to Success Is Paved with Service
END_OF_DOCUMENT_TOKEN_TO_BE_REPLACED

Jabra PanaCast Review - Get Your Huddle On
END_OF_DOCUMENT_TOKEN_TO_BE_REPLACED