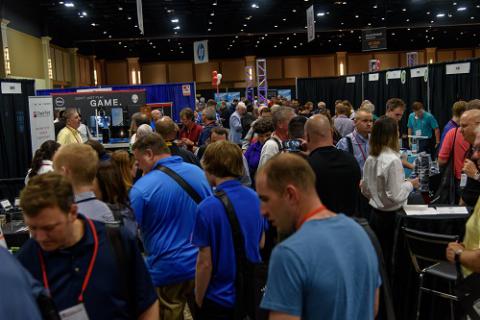 Cloud computing, security, and other hot markets of today and tomorrow were high on the agenda at D&H Distributing Co.’s Mid-Atlantic Summer Technology Show.

Emerging industry trends and technologies were highlighted at the event, which included a new Solutions & Services exhibit area. In this section, Harrisburg, Pa.-based D&H showcased its new “Devices-as-a-Service” (DaaS) program, as well as its cloud computing and Pro AV/digital signage line cards.

Like the rest of the events on D&H’s conference calendar—including the West Coast Technology Show this March—the Mid-Atlantic Summer Technology Show is now chiefly a training and networking event, rather than simply a buying show offering access to discounted product.

“Our educational offerings will continue to evolve, delivering more value and expertise to help our customers maintain that crucial competitive advantage,” adds Mary Campbell, the distributor’s vice president of marketing.

Attendee Ryan Bowman welcomes the change. “There’s been a shift toward education,” says Bowman, sales manager for Manheim, Pa.-based TCW Computer Systems. Bowman, who has partnered with D&H for 20 years in various roles, says he attends D&H events to “learn more, make connections with vendors, and get technology updates.”

Bobby Beckett, a sales associate at Action International Marketing, of Harleysville, Pa., attended the event to establish relationships in a way that’s not possible online. 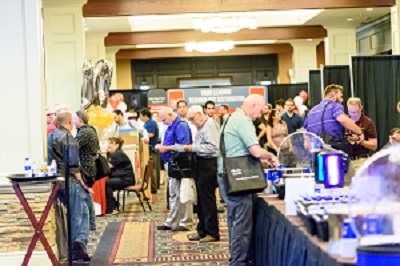 “You have to be here and exchange that business card and do the old-school meet-and-greet,” Beckett says. “The face-to-face is not dead.”

Security, not surprisingly, was one of the top markets highlighted in the event’s training presentations.

“Security has really blown up,” DiMarco says. “Seventy percent of all SMBs will get attacked by ransomware and malware. If the IT VAR is not trained and does not have a true end-to-end and very regimented backup strategy, the SMB is going to have real challenges.”

For Bowman, security training is paramount for a number of reasons, including sales. “Customers are listening,” he says. “It’s much easier to sell security solutions—products and services—than it was a few years ago. Customers are asking, ‘Are we secure?’ and we would never have gotten those questions five years ago.”

“We have very few customers that don’t do anything on the cloud,” Bowman reports. “Most of our customers would have something in the cloud—some part or piece of what they’re doing. I don’t expect them to be 100 percent in the cloud. Even long term, I think it’s a hybrid. There’s a lot of things that make sense to be local.”

Speakers at the D&H conference discussed another way channel pros can make money on local IT: by upgrading PCs running Microsoft Windows 7. Support for that operating system expires in January 2020. Bowman and his associates make protecting customers from that kind of end-of-life milestone part of their standard operating procedures. “In our MSP plans, we incentivize our clients with discounted hardware,” he says. “Computers over four years old cost 1.5 the amount of maintenance.”