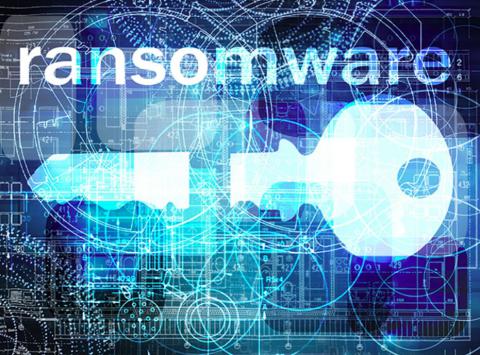 The downloadable kit is funded by donations that Third Tier will contribute to programs aimed at bringing more women into the technology industry. By Rich Freeman
Tweet

When was the last time you had a chance to do right by the IT community while doing right by your client as well?

Third Tier, a boutique provider of support services and cloud solutions to the SMB channel (and a ChannelPro 2015 All-Star as well), is now offering one in the form of a downloadable ransomware prevention toolkit available for a one-time donation in any amount. The kit arms channel pros to protect their clients from ransomware viruses like CryptoLocker. The donations will all go to organizations and initiatives aimed at encouraging women to pursue careers in IT.

As few channel pros need to be told, ransomware attacks are on the rise. Indeed, last September Intel’s McAfee Labs threat research unit reported that ransomware variants grew 127 percent in 2014 and nearly 190 percent in just the first half of 2015, with further increases projected for 2016.

Those attacks are getting more dangerous all the time too, according to Third Tier owner Amy Babinchak, who co-created the new anti-ransomware toolkit with Susan Bradley, a fellow ChannelPro 20/20 Visionary who is also a partner at accountancy firm TSH&B, of Fresno, Calif. Ransomware writers are masters of social engineering, Babinchak notes, and all it takes is one ill-advised click by one unsuspecting end user to lock up a company’s data in an astonishingly short period.

“It’s amazing how fast the encryption can occur,” says Babinchak, who recalls the time an in-house IT person at a company supported by her other business, Royal Oak, Michigan-based solution provider Harbor Computer Services, temporarily lowered the company’s malware defenses while performing network updates. Someone brought an infected laptop onto the network during that brief window of exposure and the company lost access to 3,000 files within three minutes.

At that point, Babinchak observes, they had two options: Restore an uninfected backup copy of the data or pay up. “If you pay the ransom you’re just feeding the bad guys,” she says. On the other hand, SMBs not working with a skilled IT provider all too often don’t have a backup to restore. In all her time as a channel pro, only two of the prospective clients Babinchak has met with had a functional backup process in place at the time.

“A lot of businesses are very, very vulnerable to this kind of potential data loss,” she says.

The new anti-ransomware kit, which seeks to help IT firms eliminate that vulnerability, is the successor to an earlier, highly popular, kit Babinchak introduced in 2013. “We were really the only people that had any kind of solution out, and word got out pretty quickly that there was something they could do to help their clients,” she says.

While that kit focused exclusively on group policies, however, the new one includes a variety of additional resources that users can mix and match, including location blocking and application whitelisting tools, training resources, and more.

“It’s definitely a build-your-own solution to fit the clients you have,” Babinchak says. “We don’t think there’s a cookie cutter solution to this.”

Babinchak and Bradley chose to make the new kit a fundraiser for women in IT based on recent experiences at a Microsoft conference. “I was most often the only woman in the room, or maybe there was one other,” Babinchak says, “and that’s not uncommon.”

The first of what Babinchak expects to be several recipients of toolkit proceeds will be Focus: HOPE, a Detroit, Michigan-based nonprofit that will run an internship program this summer to help young women earn certificates in Windows 10 support. Babinchak plans to post profiles of students aided by her funds on the Third Tier website, so donors can see exactly how their contributions are impacting lives.

In case running two companies and this latest venture weren’t enough, Babinchak and Rayanne Buchianico, owner of Clearwater, Florida-based ABC Solutions LLC, have also recently launched a new business together called SellMyMSP. “It’s kind of a matchmaking service,” that connects people selling IT practices with people buying them, Babinchak says. Unlike brokers who typically collect a percentage of a company’s sale price, she adds, SellMyMSP charges a flat fee instead. The new firm is unlikely to be the restless Babinchak’s last new project.

Why MSPs Should Add Automated Threat Detection to their Portfolio
February 2nd, 2021
Endpoint Security: What’s Under the Hood?
October 27th, 2020

Jabra PanaCast Review - Get Your Huddle On
END_OF_DOCUMENT_TOKEN_TO_BE_REPLACED