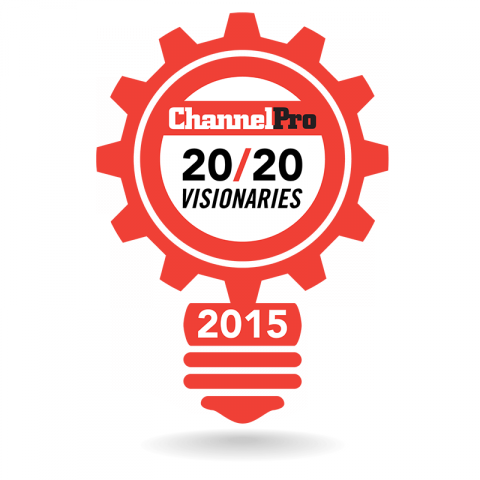 These are 40 of the most influential leaders in SMB techdom today. By ChannelPro
Tweet

Alvarez’s commitment to continual improvement has propelled his firm to a spot on both the Inc. magazine and Silicon Valley Business Journal lists of fastest-growing private businesses.

Not content to build one successful company, Babinchak has launched two: Harbor Consulting Services, her small business IT firm; and Third Tier, the consultancy she and an elite team of fellow tech experts created to help channel pros tackle stiff support issues and big questions about the IT industry’s future.

The demise of Microsoft’s Small Business Server left many channel pros scrambling for alternative solutions. Banks has been a leader in guiding them through the pros and cons of their various options and explaining how to stitch together credible SBS alternatives.

Aka “Small Business Susan”—and “the SBS Diva” before that—Bradley has been generously dispensing technical wisdom about Microsoft server products to the SMB partner community for about as long as that community has existed.

There’s a reason ChannelPro-SMB is but one of several IT publications that regularly turn to Cocanower for input on current IT trends: He’s about as shrewd and articulate an observer of the SMB market as you’re likely to find.

Never content with the “good enough” approach to more or less anything, Correia is usually experimenting this year with the business and IT management best practices you’ll be rolling out next year. Better yet, he’s also usually happy to share his latest ideas with other channel pros.

Better known as “The Microsoft Princess,” Gass dispenses expert advice on Microsoft Azure, Office 365, and other Microsoft offerings with infectious enthusiasm. Her weekly Internet radio show, which is syndicated by BlogTalkRadio, reaches more than 500,000 listeners around the world.

A member of the HTG Peer Groups Advisory Council, Gleinser has skillfully led GCS Technologies onto the Austin Business Journal’s 2014 Fast 50 list of rapidly growing companies with less than $10 million in annual revenue.

One of Microsoft’s most trusted outside SMB channel advisors, Hall is also a prominent member of the International Association of Microsoft Channel Partners. Anyone building a cloud or managed services practice would be wise to use Hall’s firm as their model.

Klein runs a successful IT consultancy, delivers monthly lectures to fellow IT providers, serves on the executive board of the New York Small Business Server Group, and somehow finds time to pursue his passion for long-distance running as well.

Back when most channel pros were complaining about cloud computing’s thin margins, Kolakowski was devising the strategies that helped turn 6th Street Consulting into a thriving powerhouse of Microsoft Office 365 sales and services. An active member of the partner community, Kolakowski is a former president of the Southern California chapter of the International Association of Microsoft Channel Partners.

Mazzanti’s enthusiastic embrace of cloud computing has fueled 129 percent revenue growth over the last three years and made him a three-time nominee for Microsoft partner awards, as well as the 2012 winner of Microsoft’s Small Business Specialist Partner of the Year award.

A co-founder and leader of the Sacramento SMB IT Pros partner group, Nitrio is a consistently thoughtful source of astute observations on IT issues and the state of the SMB channel. He’s also the 2012 recipient of SMB Nation’s Jim Locke Memorial Community Award for service to the IT community.

A co-founder and leader of the Sacramento SMB IT Pros partner group, Robert Nitrio is a consistently thoughtful source of astute observations on IT issues and the state of the SMB channel.

One of the industry’s foremost experts on the SMB-oriented editions of Microsoft’s Windows Server operating system, Royalty is a longtime member of Microsoft’s Most Valued Professional program and a respected speaker at industry conferences and events.

Widely known and widely respected throughout the SMB partner community, Shoer presently serves as both chairman of CompTIA’s board of directors and a member of the ConnectWise Advisory Council.

Big-time vendors like HP and Microsoft may not agree on everything, but they have at least one belief in common: If you’re looking for smart, honest opinions on SMB channel and market conditions, West is one of the best persons to consult.

CEO and Chief Analyst, The 2112 Group

Microsoft Channel Chief to Unhappy NCE Newcomers: “We Are Listening”
Where to Catch Sherweb In Person in 2022
Canadian Tech Predictions for 2022: From Collaboration to Virtual Desktops
END_OF_DOCUMENT_TOKEN_TO_BE_REPLACED

LG Gram for Business 17 (2020): Big Reasons to Like It
END_OF_DOCUMENT_TOKEN_TO_BE_REPLACED