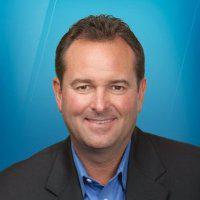 “SMB is one of our strongest sales categories in the company,” he said in an interview with ChannelPro. “Over the last three quarters we’ve grown well ahead of the market in our SMB category.”

Quaglia, speaking at the fall 2016 meeting of Tech Data’s TechSelect partner community, currently underway in Orlando, said that strong interest in detachable and convertible notebooks, plus increasing demand for new hardware running Microsoft’s Windows 10 operating system, deserve much of the credit for that robust sales performance.

“The PC is back, and we’re really excited about some of the growth opportunities we’ve seen this year with PC,” he said.

Tech Data’s climbing PC shipments come as PC orders across the IT industry continue to decline. Indeed, Gartner recently predicted that worldwide sales of desktops and traditional laptops will drop to 216 million units this year from 244 million in 2015. On the other hand, the analyst firm also projects over 10 percent growth in shipments of “ultramobile” devices like the 2-in-1s currently selling well for Tech Data.

According to Quaglia, sales of servers, storage arrays, and other data center products have been more of a mixed big for Tech Data lately.

“There’s definitely pockets of growth and there’s some pockets of weakness,” he said, adding that networking, security, cloud computing, and both converged and hyperconverged infrastructure solutions all fall within the growth category.

This week’s TechSelect conference occurs roughly a month after Tech Data’s acquisition of Phoenix-based distributor Avnet Inc.’s technology solutions group, in a still pending transaction valued at $2.6 billion. According to Quaglia, enthusiasm for the deal has been strong among the distributor’s suppliers and resellers.

“We knew that we’d get a very positive response, but when you speak to VARs and you speak to vendors, the excitement, the value of that they see immediately is very apparent,” he said.

Vendors in particular, he continued, look forward to the expanded portfolio of products and services Tech Data will be positioned to offer when the Avnet purchase closes.

“One plus one, in their minds, is going to equal something greater than two,” Quaglia stated.

Quaglia sees the Avnet acquisition as the leading edge of a larger consolidation wave on its way to the distribution market soon, because manufacturers and resellers both benefit from working with fewer, bigger distributors.

“First of all, vendors can only support so many distributors,” he said. “Secondly, partners only have the skills and capabilities and the infrastructure and dollars to do business with a handful of distributors.”

That sentiment squares with the assertion his boss, CEO Robert Dutkowsky, made to ChannelPro hours after word of the Avnet deal went public.

“Tech Data believes that the distributor that’s going to be kind of the benchmark for the next decade or so is going to truly be an end-to-end player,” Dutkowsky said. “The day of the distributor being kind of a specialized stovepipe supplier of solutions into the market we think are over.”

Looking ahead, Quaglia strongly suggested that Tech Data will soon add subscription-based hardware purchasing options along the lines of those introduced by Microsoft in July and Ingram Micro in August.

Demand for such services is limited at present, Quaglia continued, but is set to grow strongly in the future.

“If there’s a market there that our customers want us to help them with, we will be sure to be there,” Quaglia said.

ChannelPro 5 Minute Roundup for the Week of May 18th, 2020
END_OF_DOCUMENT_TOKEN_TO_BE_REPLACED