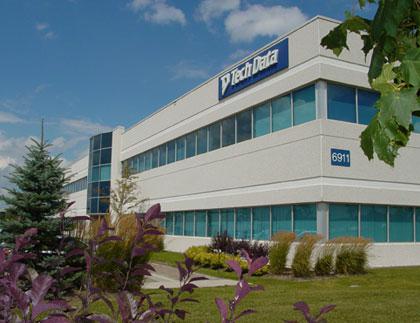 If completed, the $2.6 billion deal will turn Tech Data into a $35 billion supplier of end-to-end solutions while enabling Avnet to focus on new opportunities in embedded solutions and the Internet of Things. By Rich Freeman
Tweet

Avnet Technology Solutions offers services, software, and hardware for the data center, security, networking, and big data markets, among others. Avnet’s Cloud Marketplace and Avnet Government Solutions subsidiary are both included in the acquisition announced today, which excludes the embedded solutions business that Avnet transferred into its Electronics Marketing group at the start of the 2017 fiscal year two months ago.

The $2.6 billion price tag for the acquisition, which is expected to close in the first half of 2017, includes $2.4 billion in cash and 2.785 million shares of Tech Data common stock. Tech Data also expects to realize some $200 million in immediate tax benefits and $100 million of cost reductions within two years of the deal’s closing date.

If completed, the transaction announced today will add Avnet’s 40 vendor alliances and 20,000 customers in 80 countries to Tech Data’s existing 600 vendor relationships and 105,000 customers. More importantly, and particularly in the U.S., the deal will merge Avnet’s strengths in value-added services and big VARs with Tech Data’s strengths in broadline product offerings and SMB resellers, creating a distribution behemoth equipped to bundle everything from printer cartridges to mainframes into complete solutions for customers of all sizes, according to Tech Data CEO Robert Dutkowsky.

“Tech Data believes that the distributor that’s going to be kind of the benchmark for the next decade or so is going to truly be an end-to-end player,” he says. “The day of the distributor being kind of a specialized stovepipe supplier of solutions into the market we think are over.”

“What the customers will see is better coverage, more skills, with more products and more solutions available to them,” he says, adding that he ultimately expects the attractiveness of that value proposition to earn Tech Data the loyalty of Avnet’s technology solutions partner base. In the meantime, those partners should experience no difference in their Avnet Technology Solutions relationship.

“It’s business as usual,” Dutkowsky says. “In the short term, everything remains the same.”

Tech Data believes resellers aren’t the only stakeholders who will profit from today’s purchase. Vendors, and especially those like Cisco Systems Inc. and the newly rechristened Dell Technologies that are targeting the converged and hyperconverged solutions market, will also come out ahead.

The last but perhaps not least winners from today’s deal, Dutkowsky asserts, are Tech Data shareholders. Indeed, had the deal been in place at the end of July, Tech Data’s global revenues would have been $35 billion over the prior 12 months versus the $26 billion actually booked, according to the distributor’s estimates, and its operating income would have more than doubled. Investors apparently like the looks of those numbers, as Tech Data’s stock price was up more than 22 percent as of press time for this story.

According to Avnet, today’s deal will allow it to focus resources and investments going forward on design chain and supply chain offerings, both of which position the company to profit on rising demand for Internet of Things solutions and embedded systems. In July, the distributor made an offer valued at $911 million for U.K.-based electronic components distributor Premier Farnell plc in pursuit of that same long-term strategy.

“We believe the sale of [the Technology Solutions group] and the pending acquisition of Premier Farnell create a compelling value proposition for our shareholders and our electronics marketing business,” said William Amelio, who officially became Avnet’s CEO two weeks ago, during a conference call about the sale. “The combination of [the Electronics Marketing Group’s] design and supply chain services and Premier Farnell’s reach into a broad base of customers will create a cross-selling opportunity as well as a new route to Internet of Things marketplaces.”

According to Avnet CFO Kevin Moriarty, the cash and Tech Data stock included in the sale will also help the company pay down debt associated with the Premier Farnell purchase and arm it to pursue additional strategic acquisitions.

Dutkowsky says the sale announced today culminates a negotiating process that began nearly a year, when Tech Data approached Avnet about a possible purchase of its Technology Solutions group.

“We had no expectations that they would be willing to sell it, and in the beginning they were not,” he recalls. In time, however, Avnet agreed to consider the deal. “Then they agreed that they would actually do it,” Dutkowsky says.

Today’s deal also comes some 7 months after Ingram Micro’s equally momentous announcement in February that it had agreed to be purchased for $6 billion by Chinese shipping and logistics company Tianjin Tianhai Investment Co. Ltd. That deal is still pending.

Jabra PanaCast Review - Get Your Huddle On
END_OF_DOCUMENT_TOKEN_TO_BE_REPLACED