Tech Data’s New Americas President Has One Word on His Mind: Acceleration 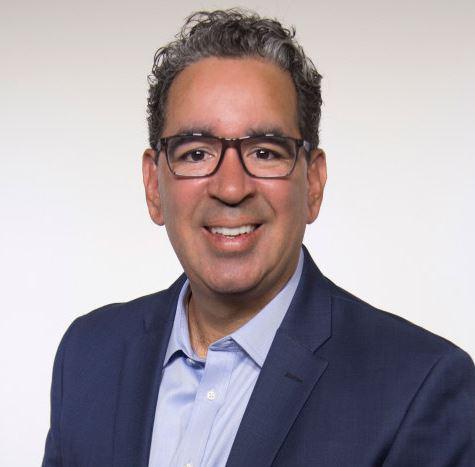 Though the details are still to be determined, John O’Shea (pictured) describes his mission as helping both Tech Data and its partners embrace next-generation market opportunities even faster than before. By Rich Freeman
Tweet

John O’Shea is still thinking through the details of what he wants to accomplish as the new head of Tech Data’s Americas business, but he has a pretty good idea of his top priority.

“The word that has been coming up over and over again for me is ‘accelerate,’” says O’Shea, who took over as Americas president for Tech Data two weeks ago upon the retirement of his predecessor, Joe Quaglia.

Quaglia and Tech Data CEO Rich Hume, O’Shea stresses, have set a clear direction for the company as a “solutions aggregator” that helps channel pros integrate cloud computing, security, Internet of Things, and endpoint technologies to address end user needs. “Nothing changes with regard to that,” he says. Instead, the goal for the future is helping partners enter those same next-generation markets more easily, and transition from selling products to building solutions more rapidly.

“We have an incredibly important role to play as a well-capitalized global organization that really is a cornerstone for this ecosystem to step in and in new and different ways help close that equation,” O’Shea says.

Investing in platforms like Tech Data’s StreamOne cloud marketplace is a big part of the plan for realizing that goal, he continues. So too is rolling out new business intelligence systems capable of mining revenue-driving insights from Tech Data’s mountain of sales records.

“Tech Data sits at the hub of literally more than $100 million in commerce from an IT perspective every day,” O’Shea says. “There’s a lot of valuable insights to be derived from that.” Many of them, however, go unnoticed at present. “We’ve made some great strides in that area, but quite frankly there’s much more to do,” O’Shea states.

Further investments in training programs like Tech Data’s Practice Builder offering, which teaches resellers to become solution providers in areas like cloud computing and security, are another element of O’Shea’s acceleration plan. Many partners can’t afford to navigate that transition on their own, he notes. “So they can utilize all of our skills, all of our resources, all of our investments, all of our technology, and that allows them to focus on what they’re best at.”

Hume and O’Shea will have plenty of money to spend on partner enablement and platform enhancement now that Tech Data is officially owned by Apollo Global Management. When that acquisition, which was first announced last November, closed late last month, Apollo announced plans to pour $750 million into efforts aimed at increasing Tech Data’s agility and operational efficiency. Reaction to that news from outside the company has been perhaps predictably enthusiastic.

“I had a lot of positive response from our partners, both vendors as well as channel partners,” O’Shea says. Just the same, he adds, there’s also been apprehension from channel pros about Apollo’s influence on Tech Data. O’Shea doesn’t foresee the ownership switch having much of an impact.

“From a day to day operations perspective, I don’t expect there to be any change,” he says. If anything, he adds, Tech Data will have more freedom to pursue its existing vision as it sees fit without Wall Street looking over its shoulder.

LG Gram for Business 17 (2020): Big Reasons to Like It
END_OF_DOCUMENT_TOKEN_TO_BE_REPLACED