Tech Data Is Not a Distributor 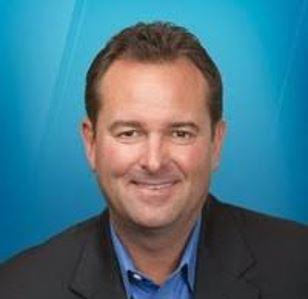 It’s a solutions aggregator. And if you don’t believe us, or don’t know what that means, just ask Americas President Joe Quaglia (pictured). The title of this story was his idea. By Rich Freeman
Tweet

There are many things Joe Quaglia, president of Tech Data’s Americas region, wants you to know about the organization he leads.

That its financials, which included an 11% net sales increase for the fiscal year ended this January, are healthy, for example. Or that everything about its offerings and operational processes are in the midst of a transformation initiated in February, 2017, when Tech Data completed its $2.6 billion acquisition of Avnet’s technology solutions unit.

More than anything else, though, Quaglia wants both its partners and media outlets like ChannelPro to understand that the Tech Data steadily emerging from that transformation is not a distributor.

“I would submit, if there was a title for a story, [it’s] ‘Tech Data is not a distributor anymore.’ We’re a solutions aggregator,” he says. Rather than simply ferry products from manufacturers to resellers, Tech Data now bundles carefully selected combinations of hardware, software, and services into end-to-end solutions that it then brings to market with its partners.

It’s also, according to many players in the distribution channel, the key to remaining relevant and profitable in an industry increasingly dominated by cloud computing, the Internet of Things, and other “next-generation” markets. “Our partners are asking for help there—resources, skills, capabilities—but we also think that’s where the margin is too,” Quaglia says.

The cloud service practice enablement programs Tech Data unveiled last week alongside its new cloud solutions are another part of the company’s ongoing campaign to help partners capture that margin. “They don’t always have the know-how to enter into a new business,” says Quaglia, adding that providing that know-how has required “massive investment” from Tech Data. “It’s expensive, but the returns are absolutely good.”

Quaglia is investing in other areas as well, especially security. Recent moves include the construction of “cyber ranges” in Phoenix and elsewhere tasked with teaching cybersecurity best practices and hiring a vendor recruitment vice president based in Silicon Valley who will search out promising startups in security and other fields to place on Tech Data’s line card.

Quaglia is sinking resources into new security-related service offerings for managed service providers as well. “We have a whole go-to-market channel built of salespeople focused just on the MSP community,” says Quaglia, who added global oversight of Tech Data’s security business to his Americas responsibilities in February.

Those efforts are part of a larger transformation process at Tech Data that includes streamlining business processes as well. “We’re putting automation in where we can put automation, but we’re also changing processes that need to be changed,” says Quaglia, who cites the Cisco order management solution Tech Data rolled out last May as an example. Named 1Source, the system lets partners who once needed days or weeks to complete a Cisco order do that work in minutes instead.

Jabra PanaCast Review - Get Your Huddle On
END_OF_DOCUMENT_TOKEN_TO_BE_REPLACED