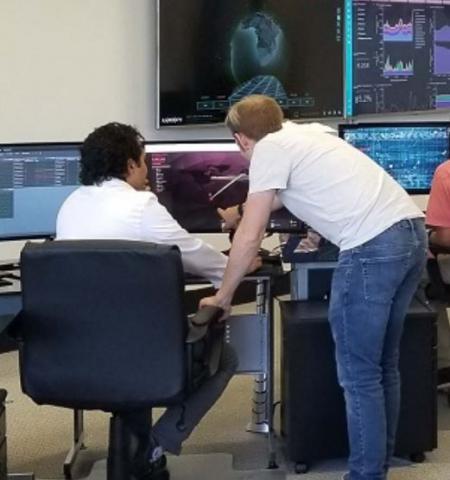 Tech Data Corp. has partnered with StratoZen Inc. to provide managed security services for Fortinet-based security hardware and with Encryptics to provide encryption and encoding as a service.

The new offerings are the latest additions to the Clearwater, Fla.-based distributor’s steadily expanding family of subscription-priced security services, which includes its RECON portfolio of as-a-service security products. None of the offerings introduced this week is part of the RECON portfolio.

The two new managed security offerings from StratoZen, a SIEM- and SOC-as-a-service provider based in Salt Lake City, cover device management and security monitoring. Both are essentially optional add-ons to the distributor’s Fortinet hardware-as-a-service (HWaaS) solution. Introduced four months ago, that offering lets MSPs procure Fortinet security devices on a pay-as-you-go and as-needed basis after closing a deal, rather than make steep upfront investments in underutilized equipment.

“They can come to me at that moment and basically rent in a subscription model that hardware—whether it’s FortiGate firewalls or FortiSwitches—from me,” says Alex Ryals, vice president of security solutions for the Americas at Tech Data. “I’m financing it for them, basically, which makes it easier on the channel partner.”

Letting those partners, most of whom are or wish to be MSPs, assign management oversight for offsite Fortinet gear to StratoZen is designed to make consuming Tech Data’s HWaaS offering easier still for channel pros who can’t afford to hire scarce, and therefore expensive, security experts.

“In some cases, the managed service provider that’s providing this hardware as a service wants to have their own people manage those devices,” Ryals notes. “But it turns out that a lot of those MSPs want to outsource that function so that they don’t have to spend the dollars on hiring the people.”

Tech Data selected StratoZen as its partner for these offerings based on its strong reputation among Fortinet users and its close working relationship with Fortinet itself. “StratoZen is one of the most prominent Fortinet-based MSSPs,” Ryals says.

The services they now deliver through Tech Data, he adds, are targeted squarely at SMBs and the MSPs who serve them. Demand for managed security services is rising among businesses too small to have their own IT staff, Ryals notes. “They don’t want to buy the equipment,” he says. “They just want to pay monthly for a service and then go to an MSP to get that service, and we’re just enabling that MSP to be able to provide that without the MSP having to invest and build it themselves.”

Pricing for the new StratoZen services is based on the number of devices managed or monitored. Subscriptions are available for one, two, and three-year terms.

RECON includes an outsourced SOC service of its own. Unlike the StratoZen offering, though, that product isn’t specific to Fortinet hardware. “It’s more generic in terms of vendor alignment,” Ryals states.