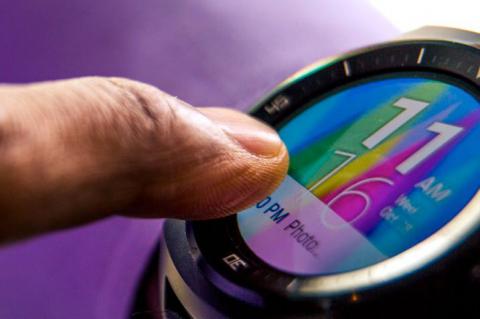 Synaptics Match-in-Sensor technology offers a fully hardware encapsulated fingerprint sensor and matching solution. Hardened authentication isolates fingerprint image enrollment and offers pattern storage and biometric matching within the fingerprint sensor to provide protection against on-device threats. According to Synaptics, the Match-in-Sensor fingerprint authentication is a System-on-Chip architecture in which a single device performs both input/output functions with an in-sensor microprocessor executing firmware. By performing security sensitive functions completely inside the SoC, Match-in-Sensor adds a new level of security due to total isolation from the host operating system.

"At AMD, security is a top priority. As part of our ongoing commitment, hardened biometric security is a critical requirement for our next-generation Ryzen Mobile platforms," Saeid Moshkelani, corporate vice president & general manager of the Client Compute Business Unit at AMD, said in a press statement.  "We are excited to be working with Synaptics and Microsoft in a collaborative effort to develop and deliver one of the most secure Ryzen Mobile platform to date."

"With the growing adoption of fingerprint sensors on notebook PCs across both business and consumer platforms, there has never been a more critical time to broadly implement very strong biometric authentication to protect enterprises and enable secure consumer mobile payments against deviant black hat hackers. Synaptics' FS7600 Match-in-Sensor SoC is the industry's most secure fingerprint solution to protect against these threats," said Godfrey Cheng, corporate vice president, PC Division and Corporate Marketing, at Synaptics in a press statement.

ICYMI: Our Channel News Roundup for the Week of August 3rd
Selling Cybersecurity Virtually In The New Normal
END_OF_DOCUMENT_TOKEN_TO_BE_REPLACED