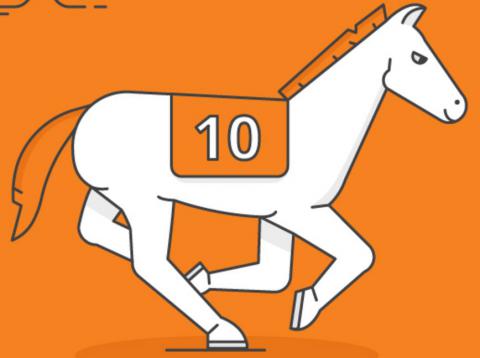 Last June, 40 percent of surveyed IT professionals predicted adoption within a year. 13 months later, 38 percent have followed through, according to the membership organization’s latest research study. By Rich Freeman
Tweet

IT professionals are as good as their word when it comes to deploying Microsoft’s Windows 10 operating system, according to newly published research from Spiceworks Inc., of Austin, Texas.

Last June, 40 percent of IT managers polled by the membership organization and managed services tool provider predicted that they would adopt the new OS within a year. Some 13 months later, 38 percent of participants in a follow-up study actually have deployed it.

The new data comes a week after Microsoft proudly told attendees of its Worldwide Partner Conference in Toronto that Windows 10 now runs on over 350 million devices worldwide, and conceded that it would fail to hit its goal of raising that figure to 1 billion devices by mid-2018.

Despite that disappointment, there’s good news for Microsoft in the new Spiceworks study. Fully 92 percent of the nearly 900 IT pros Spiceworks surveyed in North America, Europe, the Middle East, and Africa said they like Windows 10’s restored Start menu, while 87 percent and 77 percent, respectively, said they’re pleased by the operating system’s enhanced security and faster update cycle.

Deploying Windows 10 has been a relatively smooth process for most organizations too. Though 56 percent of adopters suffered hardware or software compatibility issues and 45 percent called the time required to complete the upgrade process a challenge, just 32 percent experienced bugs in the product’s early releases.

A mere seven percent of poll respondents, meanwhile, complained about the cost of switching to Windows 10. That’s probably related to the number one reason businesses implemented the new OS, cited by 66 percent of survey participants, which is that upgrades are free during the product’s first year in market. That opportunity expires at the end of this month.

Perhaps predictably, companies are installing Windows 10 on PCs much more frequently than mobile devices so far, according to the new Spicworks data. While 92 percent of adopters have installed it on laptops and 87 percent have loaded it onto desktops, just 39 percent are using it on tablets at present and only 10 percent are using it on smartphones. That last statistic is unsurprising given Microsoft’s revelation yesterday that its already weak phone revenues plunged 71 percent last quarter.

Of course, if 38 percent of organizations have adopted Windows 10, that means 62 percent haven’t, and Microsoft may have only itself to blame for that fact. When asked why they have yet to deploy Windows 10, 67 percent of surveyed IT managers cited satisfaction with their current OS.

Similarly, an overwhelming 69 percent of poll participants called the increasingly venerable Windows 7 their favorite Windows edition, while just 17 percent named Windows 10, even though the newer platform offers faster performance according to 71 percent of survey respondents and better security according to 61 percent.