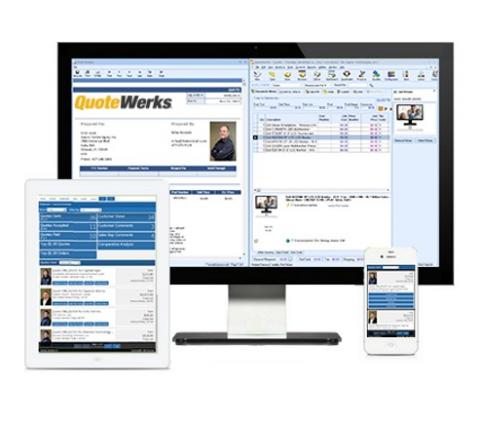 The latest major release of the quoting and procurement application for MSPs supports MFA via popular authenticator apps and the ability to share bundles and configurations across multiple installations, among other new features. By Rich Freeman
Tweet

Aspire Technologies has shipped version 23 of QuoteWerks, its sales quoting and procurement solution for MSPs.

Previewed during a conversation with ChannelPro last month, the new release includes support for multifactor authentication via apps from Microsoft, Google, and Cisco’s Duo unit, among others. QuoteWerks authenticated users exclusively via text messages before.

“We are proud to introduce a product that has been fine-tuned, with years of revisions fine-tuned by user feedback,” said John Lewe IV, president and founder of Aspire Technologies, in a press statement. “Version 23 follows the modern approach for sales and proposal quoting solutions. Our team incorporated the latest workflows and features to ensure our customers enjoy a more seamless and highly efficient user experience.”

Other new features include white label URLs for QuoteValet, the QuoteWerks product’s online quote delivery and acceptance vehicle, a new data manager that lets users share bundles and configurations across multiple QuoteWerks installations, and the ability to update ETA dates for shipments across multiple purchase orders at once. A text library lets users create and reuse large block of copy, like terms and conditions, to speed quote composition while a new Find and Replace function allows users to search quotes for empty cells and specific values.

Users can now assign expiration dates to quotes as well to prevent pricing and availability issues on delayed orders.

Per Laufer’s earlier conversation with ChannelPro, version 23 comes with new procurement reports that users can export to .pdf and Microsoft Excel files, and sends order tracking numbers to customers, which was previously a manual process, automatically instead.

QuoteWerks is used by more than 88,000 people worldwide in over 101 countries. Version 23 is the first to employ a new naming convention in which the big release the company ships annually is named after the year it will be used in.