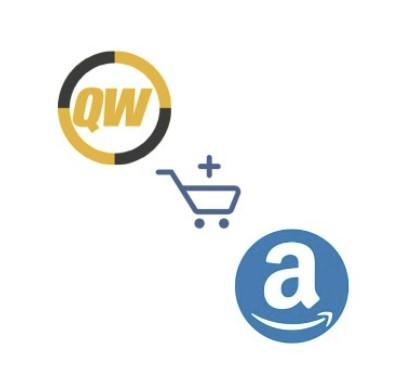 Equipped to incorporate a user’s negotiated rates, the new connectivity lets users do side-by-side comparisons of listings from Amazon Business and other suppliers that accurately reflect expected margins for the first time. By Rich Freeman
Tweet

Aspire Technologies has rolled out expanded integration between its QuoteWerks sales quoting solution and Amazon Business.

The new connectivity, which builds on earlier integration work between the two platforms, lets QuoteWerks users view not only products on Amazon Business but their negotiated rates on those products for the first time. As a result, users can now do real-time, side-by-side comparisons of listings from Amazon Business and other suppliers that accurately reflect expected margins. That’s an important gain for channel pros at a time of persisting supply chain slowdowns, according to QuoteWerks Vice President Brian Laufer.

“MSPs and VARs can easily see pricing and availability for all of their vendors in one place—which supplier has the best price AND, most importantly, available stock,” Laufer said in emailed remarks to ChannelPro.

Users could search for and order Amazon Business items previously, but had no access to account-specific data on pricing. Adding that ability, which according to Laufer was “our most requested vendor integration feature,” turns the link between QuoteWerks and Amazon Business into “what our mutual customers had been asking for—a true end-to-end solution.”

The integration, he continues, also helps companies control rogue and “tail” spending (the small orders that account for a large portion of purchases at many companies) by letting administrators restrict either specific people or all users to particular products, product categories, and manufacturers. Companies can ban manual product entries in Amazon Business as well.

Capabilities like that are now possible thanks to the product search API that Amazon Business introduced last June. Aspire, which has been an Amazon Business partner for over five years, suggested some of the functionality in that interface.

A version of Amazon’s online marketplace specifically for commercial buyers, Amazon Business was doing $25 billion in worldwide annualized sales as of roughly a year ago. Analyst eMarketer expects that figure to exceed $59 billion by 2025. The platform has been an increasingly popular supplier among channel pros in recent years, as reflected by the addition of Amazon Business ordering to The ASCII Group’s membership benefits last December.

“Over the last decade, MSPs and VARs have seen their hardware margins dwindle,” observes Laufer, adding that some IT providers have stopped placing orders on behalf of clients as a result. “Using a vendor like Amazon Business, smaller MSPs can improve their margins and regain ‘trusted advisor’ status with their customers, becoming the ‘go-to’ for services and hardware.”

To leverage the integration, which is available immediately, users must have an Amazon Business account, the QuoteWerks Real-Time Module, and a Product Content Subscription to the QuoteWerks solution’s corporate edition.

Aspire shipped a system that provides tools for collecting and comparing real-time information on product availability, technical specifications, pricing, and more from multiple companies in February.