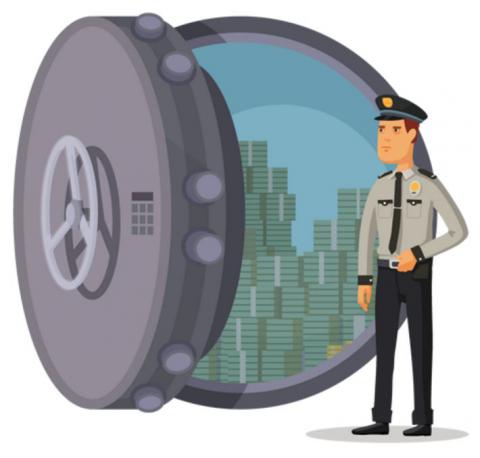 The new functionality, which puts Passportal in direct competition with documentation management vendors like IT Glue, seeks to help technicians resolve support issues more quickly by giving them consolidated access to needed information.

Passportal Inc. has released an expanded and re-branded edition of its password security platform that includes a documentation management module.

Previously known simply as Passportal, the Calgary, Alb.-based company’s flagship solution is now named Ocular. As before, the system helps MSPs track, protect, and refresh administrator passwords for their clients’ networks. In addition, however, it can now serve as a tool for documenting repairs or maintenance procedures, and for storing standard operating procedures, knowledge base articles, licensing records, and more.

That documentation functionality is an optional add-on for Ocular officially called Ocular +docs and available to Passportal customers at incremental cost. Using that product in combination with the core Ocular application streamlines incident resolution by consolidating all of the information technicians need in one place, according to Colin Knox, Passportal’s CEO.

“We’re making sure that they have real-time access to accurate data at all times, and kind of stitching all of that together,” he says. Passportal customers have been asking for such a feature, Knox adds.

The introduction of Ocular +docs puts Passportal in direct competition with makers of similar documentation management products, such as IT Glue, of Vancouver, B.C.

“What we heard in the market and from our own customer base was although those solutions are good, they really wanted to see it in our solution,” says Passportal president Dan Wensley.

Passportal may integrate its password security software with third-party documentation tools in the future, if MSPs express a desire for that and competing vendors are willing to cooperate.

“We are open and eager to work out integrations with those solutions so that it’s an agnostic system,” Knox says. In that scenario, Passportal customers would be free to use the documentation tool of their choice without enforced compromises.

Ocular and Ocular +docs are available immediately worldwide. Both products now offer flat-rate pricing for unlimited users, rather than the per-user fees Passportal charged before. According to Wensley, that should save existing Ocular users money.

“For most of the customers who bought either one of those products already in 2016, the price has gone down significantly,” Wensley says. “By doing that, we’re looking for even broader adoption.”

Other new features in the latest Ocular release include a revised, mobile-friendly interface and a real-time user activity feed.

“Any manager or administrator within the system can essentially monitor a widget from Ocular on an ongoing real-time basis and understand who’s doing what within their system,” Knox says.

They can also use Ocular’s newly enhanced dashboard, which displays password strength statistics, impending password expiration dates, and other relevant data, to help clients appreciate the rigorous operational processes they quietly use behind the scenes to keep security strong, Wensley adds.

“It’s always been there,” he says of the data on the updated dashboard, “but we’re presenting it in a methodology that is now better and more easily consumed by the MSP.”