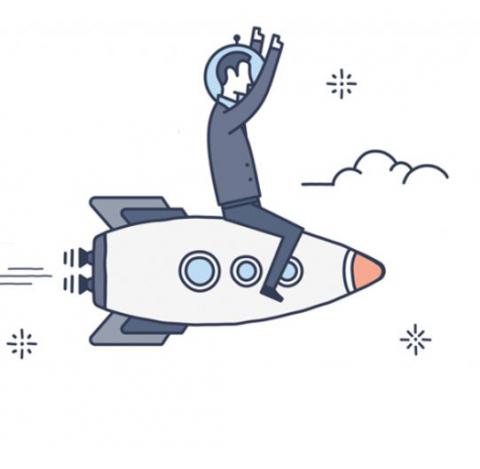 A companion to the vendor’s Channel Harmony program, which assigns primary sales responsibilities to RingCentral employees, the new IGNITE! program lets partners pursue and close deals involving up to 400 seats on their own. By Rich Freeman
Tweet

RingCentral has launched a partner program that gives resellers of its unified communications-as-a-service solutions complete ownership of the sales cycle for deals involving up to 400 seats.

Called IGNITE!, the new offering is a companion to RingCentral’s existing Channel Harmony partner program, which assigns primary responsibility for educating buyers and closing deals to the vendor’s own employees. Enabling partners to handle those steps on their own will result in more deals more quickly for RingCentral and its channel alike by accelerating the sales process, according to Zane Long, the vendor’s senior vice president of global partner sales.

“When a customer says, ‘I want to buy right now,’ that partner can then simply go to that customer and execute the contract,” he notes.

IGNITE! members will have access to a web portal equipped with deal registration and quoting tools, plus assistance from RingCentral sales engineers and channel managers. “They can still lean into our subject matter experts [and] our direct salespeople,” Long says.

All Channel Harmony members are eligible to join IGNITE!, but must first acquire four certifications. Many partners already have three of those, according to Long, which were available to partners previously. A fourth credential, which Long says covers “administrative” details, is specific to the new program.

“You have to be able to understand the RingCentral customer sales contract, the quoting process, [and] how to get a quote out of the partner portal,” Long explains.

In addition to the ability to control the sales cycle and own customer relationships more closely, partners who complete the IGNITE! qualification process receive an incremental 0.5 times monthly recurring revenue in compensation as well. “That would be in addition to the spiffs, of course, that we already pay,” Long says.

IGNITE! enrollees can continue to funnel as many sales through the traditional Channel Harmony sales process as they wish.

“This will give our partners flexibility with how they would like to work with RingCentral with really very little restriction,” Long says. “They can take certain opportunities through the IGNITE! program and own the whole sales cycle, or the next week if they have another opportunity, they can take a customer through the Channel Harmony process.”

Channel Harmony’s name reflects the program’s emphasis on minimizing conflict between partners and the vendor’s direct salesforce by assigning everyone involved in a transaction clear, collaborative roles and responsibilities: Partners provide leads to RingCentral, which then carries them through to completion.

IGNITE!, according to Long, similarly sidesteps channel friction by ensuring that RingCentral salespeople receive compensation for deals they didn’t initiate or close. “The customer executes the contract, it gets put into the system, the salesperson that’s in that given territory where that customer resides gets the credit.” Long says. “No conflict at all between any of our organizations.”

Channel Harmony, which debuted four years ago, currently has over 10,000 members globally. The 62% year-over-year jump in channel-related recurring revenue that RingCentral saw during its first fiscal quarter, which ended in March, demonstrates the program’s effectiveness, according to Long. Members have been asking for the ability to steer smaller deals to completion faster and more autonomously, however.

The Road to Success Is Paved with Service
END_OF_DOCUMENT_TOKEN_TO_BE_REPLACED

Jabra PanaCast Review - Get Your Huddle On
END_OF_DOCUMENT_TOKEN_TO_BE_REPLACED