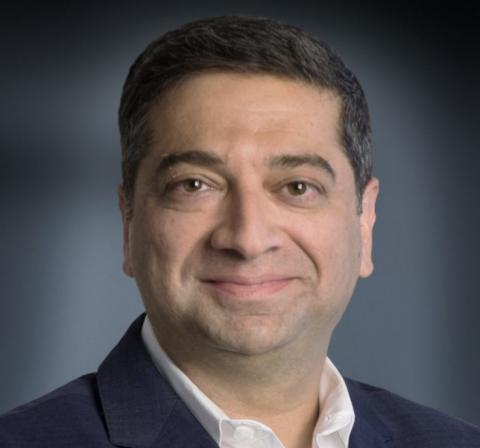 Fresh equity from Vector Capital will enable the security vendor to speed progress on its product roadmap, make more vendor acquisitions, and provide more resources to its MSP partners, according to CEO Prakash Panjwani (pictured). By Rich Freeman
Tweet

Panjwani spoke with ChannelPro via email one day after WatchGuard disclosed that Vector Capital has signed a definitive agreement to inject fresh equity into the company, buy out fellow owner Francisco Partners, and become the security vendor’s majority owner. Terms of the transaction were not disclosed.

Francisco and Vector bought WatchGuard together for $151 million in 2006. In the years since, the company has expanded from its foundation as a leading firewall manufacturer into multifactor authentication, secure cloud Wi-Fi, and endpoint security as well.

“During Vector Capital’s and Francisco Partners’ joint ownership, WatchGuard transformed from a trusted network security vendor to a full-fledged cybersecurity platform provider,” Panjwani says. “Building on its prior ownership, Vector Capital is well-positioned to partner with WatchGuard’s management team to further accelerate WatchGuard’s growth strategy while preserving our company culture and commitment to security delivery through the MSP community.”

Those remarks echo similar comments made earlier this month by Hatem Naguib, CEO of Barracuda Networks, another security vendor in the midst of an ownership change aimed at helping it transition from the transformation phase of its evolution to the acceleration phase.

According to Panjwani, WatchGuard plans to apply Vector’s equity investment toward speeding progress on its product roadmap, fueling vendor acquisitions, and providing more resources to its over 17,000 MSP partners.

“This new investment means even more platform innovation and continued investment in our partner support and enablement mechanisms, while continuing to expand our portfolio of services,” he says.

M&A has played a central role in WatchGuard’s growth from firewall maker to provider of interconnected security offerings for anytime, anywhere computing since Francisco and Vector bought the company 16 years ago. Strategic transactions during that time include the 2017 purchase of MFA vendor Datablink and the 2020 acquisition of endpoint protection vendor Panda Security.

The security market segments Panjwani highlighted as priorities for future investment are experiencing rapid growth amid skyrocketing threat activity. Global MDR revenue will climb at a 20.2% CAGR through 2025 to $2.15 billion, according to Gartner, which also expects sales of SASE solutions to grow at an even faster 36% CAGR through 2025 to nearly $15 billion.