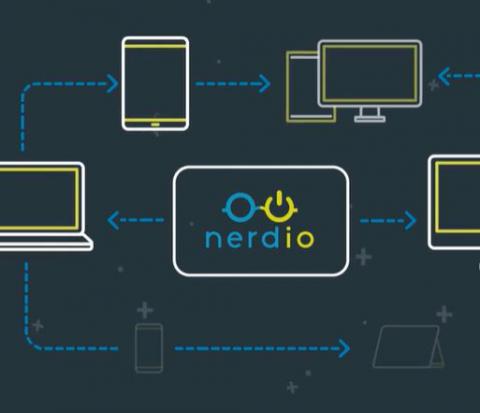 The $8 million Series A funding round will help the IT-as-a-service vendor accelerate its product roadmap, expand into overseas markets, and sign more partnerships with third-party providers of Azure software and services. By Rich Freeman
Tweet

The Series A funding round, which is the company’s first external financing, is led by MK Capital and backed by CEO Vadim Vladimirskiy and CRO Joseph Landes. It arrives amid mounting adoption of WVD among MSPs, Nerdio’s core market.

“We’re just being completely flooded with opportunities,” says Landes, who estimates that 60 to 70% of the leads Nerdio receives at present are tied to WVD.

The financing injection also marks a critical milestone in Nerdio’s evolution from delivering virtual workspace solutions to providing a broader set of tools for planning, deploying, and managing Microsoft Azure workloads of all kinds.

“Any way that an MSP wants to come to Azure is okay,” says Landes.

Nerdio plans to use the newly acquired funds to accelerate its product roadmap, expand into overseas markets, and sign more partnerships with third-party providers of Azure software and services.

The company has, in fact, already been rolling out strategic alliances at a rapid clip in recent months. When Landes first joined Nerdio late in 2018, he notes, it had one distribution pact in place, with SherWeb. It has been partnering with Ingram Micro since last August, however, and announced additional deals with D&H and Pax8 in November. Now it’s looking to forge ties with a wider variety of additional vendors.

“There’s really many other companies that are out there in the ecosystem that really want to do business with us, and it’s just a question of us having the resources to be able to sit down and put those partnerships in place,” Landes notes.

“Microsoft’s made the licensing a lot simpler,” Landes says, noting that deploying Windows-based VDI environments in the past required a complex mix of Windows Server, that system’s Remote Desktop Services component, and a subscription to Microsoft Office 365 ProPlus.

“With Windows Virtual Desktop, all you need is a subscription to Microsoft 365 or any Windows 10 enterprise subscription,” Landes notes. Mounting demand for WVD specifically is fueling interest in Azure more generally, according to Landes, who says that helping channel pros embrace Azure has gradually become Nerdio’s mission in response.

Founded in 2016 by an MSP, Nerdio originally delivered streaming network-in-a-box solutions via its own virtual private cloud. Eventually, it offered Azure as a second hosting option, and then began developing services aimed at making Azure adoption easier for channel pros intimidated by the platform’s complexity and unfamiliar consumption-based pricing model, not to mention the high cost of either hiring an Azure expert or turning an existing employee into an expert via training.

Jabra PanaCast Review - Get Your Huddle On
END_OF_DOCUMENT_TOKEN_TO_BE_REPLACED