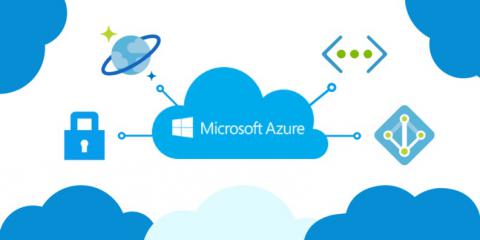 A new suite of features seeks to help MSPs improve pricing and packaging of Microsoft Azure. By ChannelPro
Tweet

Plans Designer allows MSPs to create customizable and brandable packages of Azure infrastructure, priced out, website-ready, and complete with all the associated options and benefits laid out. The new system's purpose is to make understanding and evaluating Azure plans a painless process for both MSPs and their customers, regardless of their previous experience with cloud technology.

"The ability to easily package and price Azure is something that MSPs are craving. We are excited to be able to offer them this free tool to drive their sales and maximize Azure consumption," said Amol Dalvi, vice president of products at Nerdio, in a press statement. “While the adoption of cloud IT environments is soaring, MSPs are up against general misconceptions and customer uncertainty about migrating to the cloud. We wanted to help them clearly communicate the various ways to move to Microsoft’s public cloud.”

Plans Designer provides a suite of drag-and-drop options to design custom Azure plans and packages. MSPs can pick and choose specific features for each plan to best suit their sales strategies and client needs. The company introduced pre-packaged Azure solution bundles in April, but with Plans Designer, it says, MSPs have complete control when tailoring Azure package offerings to existing and potential customers. They can then create individual package titles, assign prices based on scalability, and even discretely filter out selected Azure elements.

“For cloud solution providers like our partners who want to either build or scale their public cloud businesses, the Plans Designer toolset is perfect for them. It makes simple something that can otherwise be time-consuming and complicated,” said Jason Brown, vice president of products at cloud distributor SherWeb, in a press statement. “Nerdio’s innovation helps our MSPs increase cloud adoption, while simultaneously simplifying the packaging process and boosting their sales.”

Nerdio signed a distribution agreement with SherWeb in February.

Today's announcement follows the release a year ago of Nerdio’s Azure Cost Estimator tool and is the latest addition to the Azure advancement in the Azure edition of Nerdio's flagship solution, which reached market in June 2017.

Jabra PanaCast Review - Get Your Huddle On
END_OF_DOCUMENT_TOKEN_TO_BE_REPLACED