N-able Aims to be Synonymous with BDR 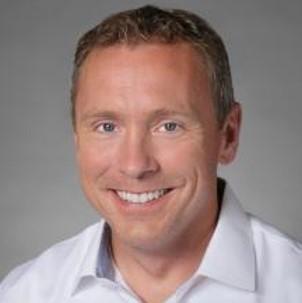 Chris Groot (pictured) is one of many executives working hard to get more MSPs thinking “backup” along with RMM, PSA, and security when they hear “N-able”. By Rich Freeman
Tweet

Hear the name “N-able” and you probably think first about the company’s two RMM solutions, its PSA system, or perhaps the security capabilities it’s been steadily adding in recent years through both in-house development and alliance agreements with companies like SentinelOne and DNSFilter. What probably doesn’t come to mind right away is BDR.

“Backup and data protection capabilities are something that I think market awareness has not been as high on,” concedes Chris Groot, who became N-able’s general manager of backup last December. “Raising awareness is a priority.”

The key word in that statement is “raising,” because some MSPs are clearly aware that N-able does BDR already. The company called out N-able Backup, its cloud-to-cloud backup solution for Microsoft 365, as a key contributor to the 12% year-over-year fourth quarter revenue growth it reported last week. Groot, however, plans to spend a lot of time this year ensuring that more channel pros know N-able is no newcomer to data protection.

“We’ve been working at this for quite some time,” he says. “We’ve been maturing our product to be ready for the big leagues.”

The qualities that best exemplify that maturity, he continues, include the system’s deliberate rejection of conventional image-based backup techniques, which most MSPs see as the speediest way to get customers up and running again after a system outage. According to Groot, however, that view reflects a widespread misconception of what matters in a BDR platform.

Following that logic, N-able Backup stores only the portions of an image “inside of the operating system,” and tacks on the rest of the image during the restore process. The result, Groot continues, is smaller backup files and shorter backup times.

“We move on average about 50 times less data with each incremental backup compared to an image-based solution,” he says, noting that users can save more restore points as a result without driving up storage costs.

“A lot of traditional standards have been to do a daily backup, but if you have an incident at 3:45 in the afternoon, that means you have to lose a whole day of transactions,” he says. “Frequency really matters.”

N-able Backup’s defining characteristic, however, is its 100% direct-to-cloud architecture, which unlike most BDR systems employs no local hardware. That cloud-first strategy is very much in keeping with the tech world’s rapid switch to cloud-first everything, Groot observes.

“It used to be everyone had their Exchange server and their file server on the local network,” he says. Now pretty much everyone hosts their email entirely in the cloud. “We’re doing the same thing for backup and disaster recovery,” Groot explains.

Cloud-first BDR is what more and more MSPs want too, he adds, echoing recent comments from backup and availability specialist Axcient, because it reduces their exposure to both logjammed supply chains and fat hardware bills.

“For a lot of businesses, that’s a very expensive proposition in their overall IT equation,” Groot says. “We really lower the cost model.”