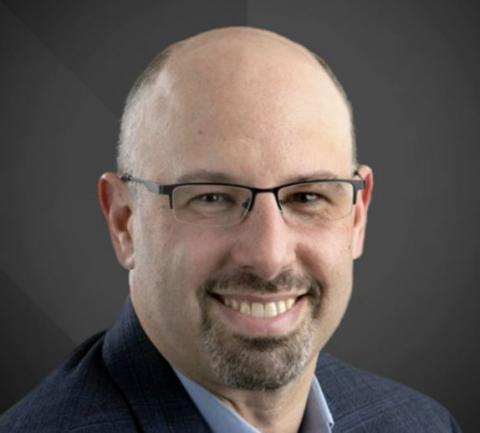 The new functionality will be part of a larger plan to turn the vendor’s twin RMM solutions into unified platforms for administering physical, virtual, and cloud-based assets, according to CTO and Chief Product Officer Mike Adler (pictured). By Rich Freeman
Tweet

N-able has cloud management and security functionality coming to its suite of tools for MSPs late this year and early next year.

That’s according to Mike Adler, N-able’s executive vice president, CTO, and chief product officer, during a conversation last week at the latest ChannelPro SMB Forum event in Boston. Though he declined to discuss specifics, Adler said that technicians will access the new features, which he first disclosed in June during a keynote at the company’s Empower partner conference, through the same RMM interface they currently use to manage endpoints.

“Our vision of the future is that an MSP is going to be managing a collection of physical devices, a collection of virtual devices, and a collection of cloud assets,” Adler says. “The MSP needs to have a platform in which they can manage those things, and so you’re going to see very concrete steps from us into delivering that whole platform, this broad range of capabilities that will give the MSP the full view of an SMB’s technology infrastructure and the ability to manage each aspect of that from within a single panel.”

With adoption of cloud solutions skyrocketing and vendors like SkyKick, Augmentt, and BetterCloud steadily introducing management products dedicated exclusively to cloud workloads, established makers of MSP software like N-able are currently scrambling to roll out cloud management and security capabilities. Datto, for example, announced plans to increase R&D outlays on cloud management and continuity by close to 40% last December. The company has a preview edition of a previously announced Microsoft Azure continuity solution set to arrive on September 13th.

According to Adler, N-able’s cloud management functionality will be optimized for simplicity and automation. A typical MSP spends an average of 15 to 25 minutes on cloud-related setup and configuration chores every time one of their clients hires a new employee, he says. “That’s a lot of time for a very simple task.”

Adding cloud administration to a platform that already includes RMM, PSA, BDR, and documentation components, as well as an expanding array of security solutions, is in keeping with N-able’s broader vision to provide a comprehensive platform for running managed services practices. Per an announcement made in June, a DNS security system based on technology from DNSFilter will arrive as well in the fourth quarter of the year.

“They provide a very complete service that’s easy to use and easy for MSPs to adopt,” says Adler of DNSFilter’s software.

Alliances like N-able’s existing partnerships with DNSFilter, SentinelOne, and Microsoft will continue to play a central role in the vendor’s future plans, he adds. So too will building software from scratch and buying third-party vendors. N-able has purchased password management and documentation vendor Passportal, access rights management vendor Protected Networks, and spam filtering vendor SpamExperts among other companies in recent years, for example. Company leaders have made clear that N-able’s spinoff from former parent company SolarWinds, which closed in July, positions it to make more such purchases.