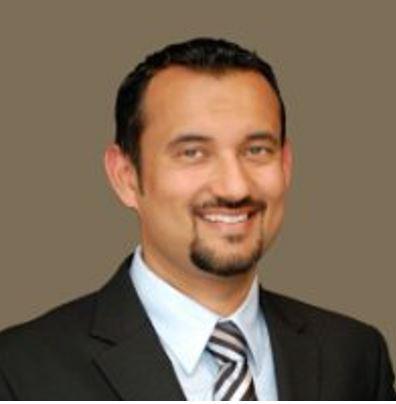 That’s according to the Usman Choudhary (pictured), the vendor’s chief product officer, who says that usability—especially on mobile devices—can be the single most important factor in a security system’s effectiveness. By Rich Freeman
Tweet

Security vendors are usually eager to discuss the innovative defensive mechanisms under the covers of their latest offerings. When it comes to its newest product, by contrast, VIPRE Security would prefer that you direct your attention to the covers themselves.

“We designed it for mobile first and then for the desktop,” he says. “You would look at that as a small thing, but actually it ends up being a huge thing.”

Technicians are continually on the go, Choudhary notes, and security threats strike around the clock. Chances are good, then, that the tool an administrator will most want to use to investigate a threat alert will be right in their hand.

Solutions that don’t have a mobile app, or have an app that uses a modified, web-based PC interface ill adapted to small screens, frustrate that desire, forcing users to boot up a laptop and take action from there. The time that requires can be the difference between a cyberstrike that succeeds and one that fails.

“When you're actually under attack, you have seconds, maybe minutes” to respond, Choudhary observes. Even the most brilliantly architected, cutting-edge security solution leaves its owners vulnerable, therefore, if it’s difficult to use.

“We think the game is about usability,” Choudhary says.

That focus on ease of navigation extends to the solution’s reporting functionality, which is designed to help users get answers to their three most urgent questions—has the user impacted by this exploit been targeted before, has anyone else at the company been targeted as well, and how many people at other companies are undergoing the same assault—quickly and straight from their mobile device.

“Our approach was to intersect the data between health, configuration, [and] threats, and allow the user to navigate from anywhere to anywhere, drill in, drill down, in an intuitive way,” Choudhary says.

VIPRE paid close attention to costs when engineering its new product too, Choudhary notes, because affordability can be as big a factor as usability in preventing MSPs from leveraging the latest security advances.

The company wanted from the first to host the solution on the Amazon Web Services public cloud, but worried that the infrastructure expenses that would entail could make pricing the system reasonably impossible. It rejected the possibility of hosting the application code and front-end infrastructure on AWS and the data in a private data center, a compromise SaaS vendors sometimes make to contain expenses.

Keeping Tabs on Employees at Home | Are Certs Worth it? | Easy O365 Migration | and more
END_OF_DOCUMENT_TOKEN_TO_BE_REPLACED