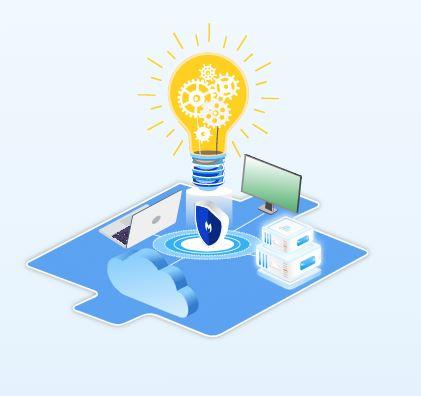 Integrated with the company’s endpoint protection and EDR products, the new system is designed to help businesses protect remote workers from Microsoft RDP exploits. It debuted on the same day as a discounted licensing deal with cyber insurer Coalition. By Rich Freeman
Tweet

News of the enhancement arrived on the same day the company announced a discounted licensing program for customers of cyber insurer Coalition.

The new security functionality, called Malwarebytes Brute Force Protection, uses a dedicated scan and detection engine equipped with advanced techniques like anomaly detection to protect workstations and servers from exploits and malware targeting Microsoft’s Remote Desktop Protocol (RDP). According to Malwarebytes, the technology is optimized to minimize CPU consumption during the scanning process as well.

Many businesses working from home this year due to the coronavirus rely on RDP to connect remote employees with critical resources. Attackers have been aggressively taking advantage of unprotected RDP ports and unencrypted RDP traffic to compromise corporate networks. Attacks against U.S. businesses spiked some 330% in the U.S. between the month following February 9th and the month following March 10th, when stay-at-home orders went into effect on a widespread basis, according to Atlas VPN.

“Brute force attacks are on the rise due to increases in Remote Desktop Protocol usage during the COVID-19 pandemic and are an increasingly popular vector for ransomware,” said Marcin Kleczynski, CEO of Malwarebytes, in prepared remarks. “We need to protect the staggering number of employees and businesses continuing to work from remote environments to ensure that we are covering all possible entry points for cyberattacks in this new threat landscape.”

Users can manage the new tool through the Malwarebytes Nebula cloud platform. The company says that intuitive configuration functionality lets technicians to get Brute Force Protection up and running in minutes.

The alliance agreement with Coalition allows that firm’s customers to get Malwarebytes products at discounted rates through their policyholder dashboard. The deal is designed to lower financial barriers that might prevent companies from deploying security solutions that can safeguard them from threats like ransomware, which is responsible for 41% of claims Coalition receives.

Work-from-home arrangements have dramatically increased the volume and impact of threats faced by SMBs and other businesses this year. Some 20% of respondents to a Malwarebytes study published in August, in fact, had experienced a security breach due to a remote worker. Twenty-four percent of respondents, meanwhile, said they’ve suffered unanticipated expenses this year to address a breach or malware attack.

Brute Force Protection is not the only recent Malwarebytes product that channel pros can use to safeguard remote employees from RDP threats. The company introduced a VPN solution in April as well.

Cybercrime costs will climb 15% a year worldwide through 2025 to $10.5 trillion annually, according to Cybersecurity Ventures.

Server editions of Malwarebytes Endpoint Protection and Endpoint Detection and Response debuted in April. The company updated its partner program in February.

State of Malware: Breaking Down the Threat Landscape
April 27th, 2021

Security and Automation Among the Top IT Priorities
END_OF_DOCUMENT_TOKEN_TO_BE_REPLACED

Jabra PanaCast Review - Get Your Huddle On
END_OF_DOCUMENT_TOKEN_TO_BE_REPLACED